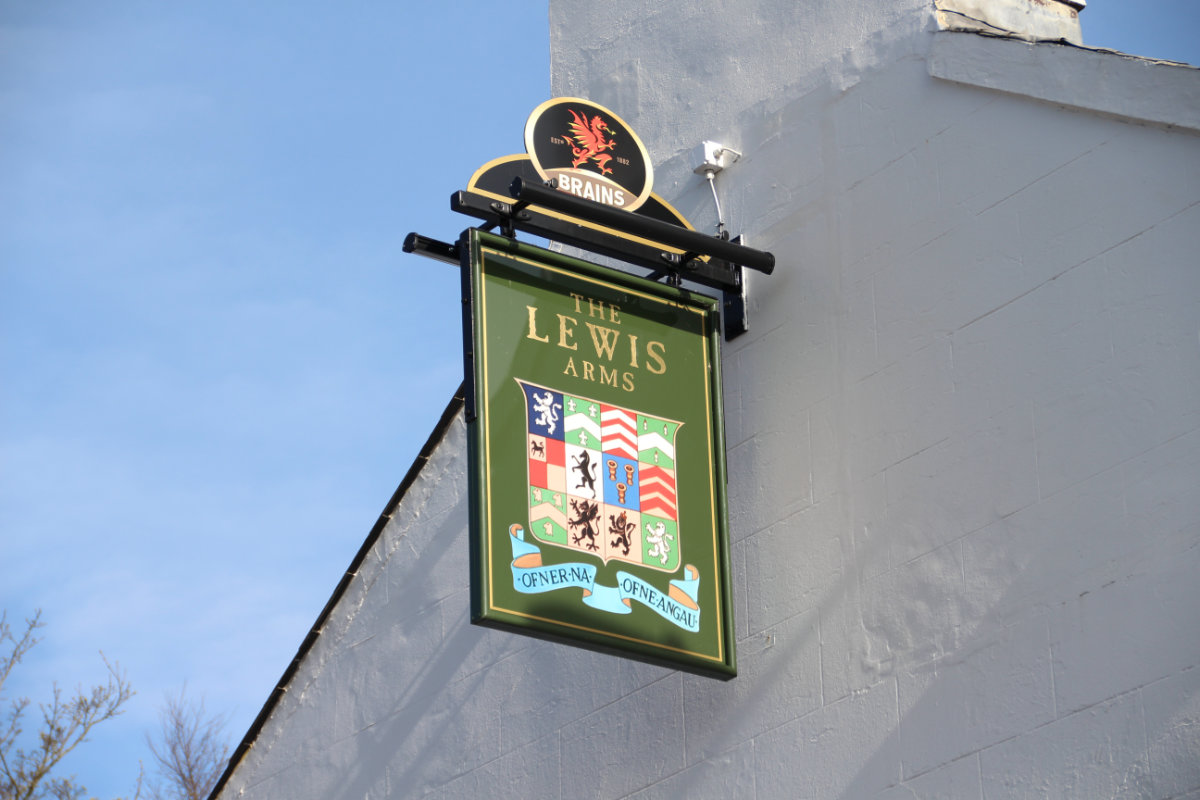 I was looking for a project to work on over the summer and decided it might be interesting to research and illustrate the Lewis Arms sign.

The motto “Ofner Na Ofne Angau” means “Fear Him Who Fears Not Death”. According to Burke’s Genealogical and Heraldic History of the Landed Gentry, this was attributed to Gwaethvoed in response to Edgar, King of the Saxons (943 – 975).

The same book shows the family’s coat of arms to be a lion with a lion crest. I can’t find any information to show what the Lewis Arms coat of arms represents. If you’re an expert in this field, please get in touch.

The final illustration took about 50 hours to create.

The image is designed using vector graphics, which allows you to enlarge the image without losing quality.

The quarters include some traditional heraldic charges.

2 thoughts on “The Lewis Arms Heraldry”