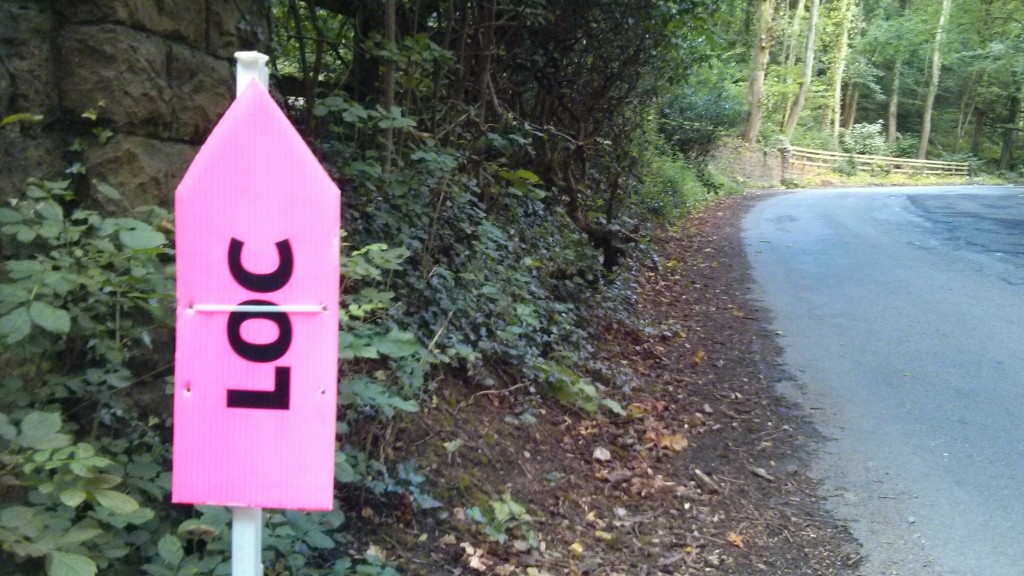 Wolf Hall is a new BBC drama based on Hilary Mantel’s novels “Wolf Hall” and “Bring Up the Bodies”. The six-part series stars Mark Rylance as Thomas Cromwell, Damian Lewis as Henry VIII and Claire Foy as Anne Boleyn.

The majority of filming is taking place in the West Country but the film crew were setting up in Castell Coch and Fforest Fawr this morning. I noticed the location sign in the village and then spotted a minibus full of medieval extras driving up Castle Road. I went up to Fforest Fawr and the production was under way on the sculpture trail. 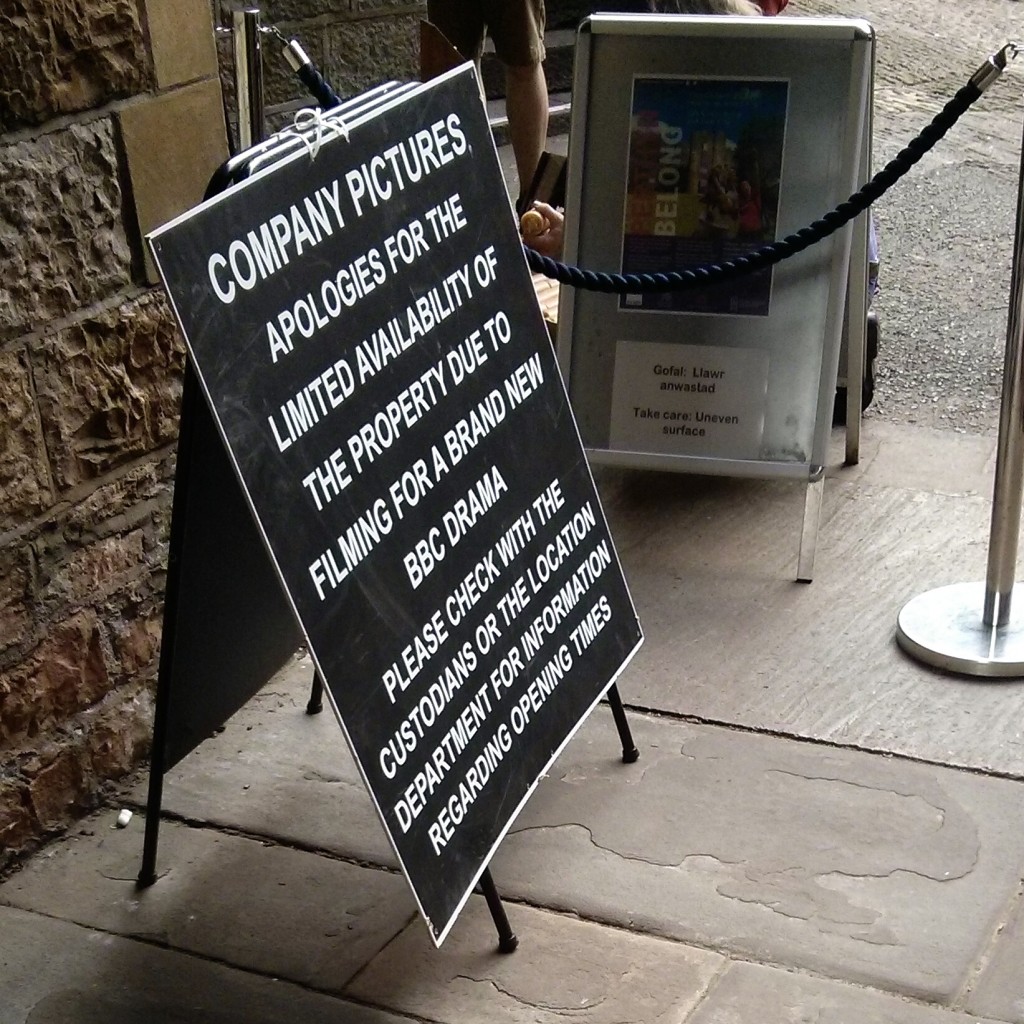 The series will be broadcast next year.