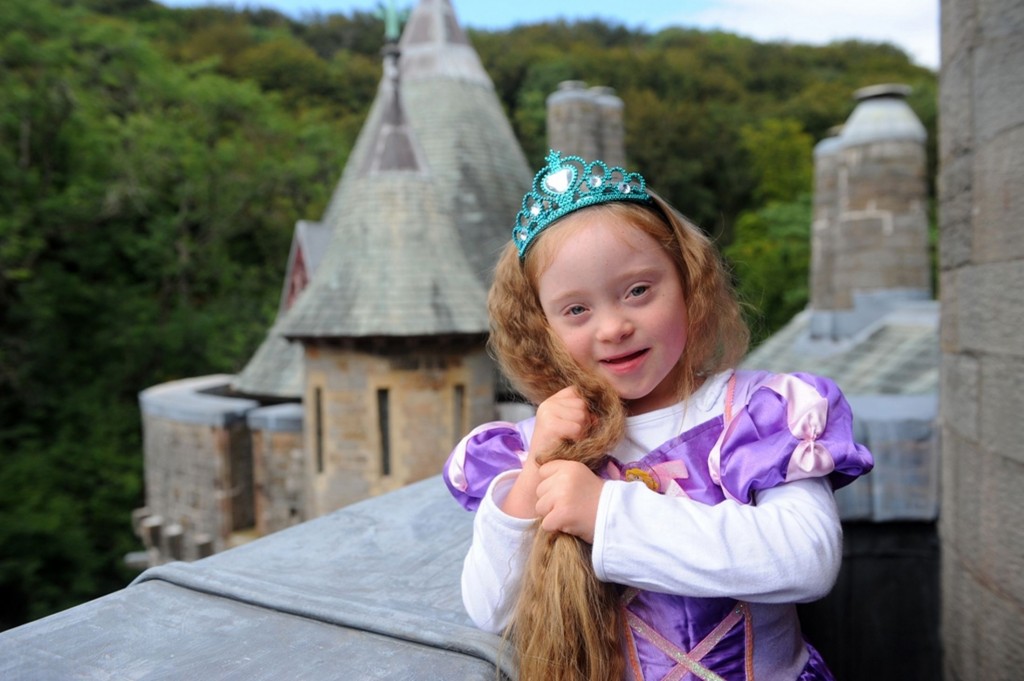 Hollie Evans and her sister Poppie became princesses for the day at Castell Coch thanks to her bravery and generosity.

Having recently been given the all clear from a rare form of cancer, Hollie is donating her hair and raising money to help others.

She’s hoping to raise more than £1,000 to split between The Little Princess Trust, a charity which makes real hair wigs for children suffering hair loss, and local cause Follow Your Dreams. You can support Hollie on her fundraising site.

Cadw invited Hollie and her sister to spend the day at Castell Coch dressed as their favourite princesses.

Roger Morgan, of Cadw’s events team, said: “We had a great day at Castell Coch with Hollie and her family.

“When we read Hollie’s amazing story it mentioned that she loved pretending to be a princess so we thought she’d love to spend the day at Wales’s very own fairytale castle.

“Hollie and her sister Poppie arrived at Castell Coch head-to-toe in fancy dress costumes and looked like characters from a storybook as they explored the stunning site.”

Hollie’s mum Hayley said, “Hollie and Poppie had a great day pretending to be princesses at Castell Coch.

“They explored the castle and even heard the story of Repunzel – Hollie’s favourite princess.

“Their favourite room was Lady Bute’s bedroom because they thought a real princess lived there! It was a great day out.”

Image and video courtesy of Cadw and Castell Coch.