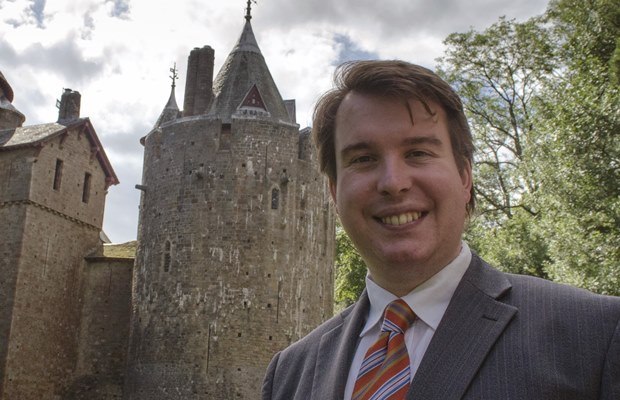 Craig is the parliamentary candidate for the Conservatives.

Transport and the environment are key issues in Cardiff North. How would you balance the need for more housing, with the protection of the green belt and improving transport links?

The current Local Development Plan for Cardiff is a huge mistake and the second such plan I have been involved in as an opposition Cardiff City Councillor. It sacrifices far too many greenfield sites and provides very little investment in infrastructure to improve transport links.

If I am lucky enough to become Cardiff North’s MP next week, I would prioritise moving to a regional planning approach with provision for housing as a region. This would provide a critical mass as an area to lever-in significant investment in our transport network. As a director of Cardiff Bus, I know we need it as a city – we are hugely over-congested already and that’s without the 45,000 extra houses Labour want to build, and this without the required infrastructure investment!

Lastly, it is very important that we support and protect the planned greenbelt. The Labour Welsh Government have written to the Council asking for its removal. This would be a massive backwards step and I will fight it tooth and nail.

What would you do to support and promote local businesses and community groups in Cardiff North?

The key issue is to minimise regulation and taxation, to enable our small and medium size businesses to grow. I am hugely supportive of our Welsh Conservative position in the National Assembly which would reduce business rates and take a significant number of businesses out of the taxation altogether. Again, it is important for politicians to deliver on promises and many of the policy levers important to SME’s are devolved, therefore parliamentary candidates can advocate and work with our respective AM’s, but they have no direct control.

Secondly, in terms of supporting businesses and community groups, I have a fair funding for Cardiff campaign. Cardiff Council currently collects 181.8 million pounds from Business Rates in Cardiff, but only keeps 107.2 million pounds, with the Welsh Government pocketing the 74 million pounds difference and reallocating it away from our City. We need much more of that money spent in our City. I led a debate on the subject.

Will you commit to responding to all constituents’ queries in a timely fashion? How will you keep residents informed about the work you’re doing?

Yes, regular surgeries, regular community meetings, regular updates through email, social media, newsletters and other mediums. I commit to being a full time MP and accessible at all times, whether I am in Cardiff or London.

If you could introduce a Private Members’ Bill to Parliament for something you’re passionate about, what would it be?

Like many families in Cardiff, my family has been touched by cancer, and I would continue the excellent work of Jonathan Evans in his attempts to pass a Private Members bill to make access to lifesaving drugs easier.

It would tackle the barrier that exists, because there is no organisation with responsibility for seeking a licence when there is evidence of clinical effectiveness that an old drug works for a new purpose. Once the patent for a drug has expired, pharmaceutical companies have no incentive to seek a new licence for the drug to be used for a new purpose as they no longer have a monopoly on providing the drug.

This Bill would take advantage of existing treatments that could have a positive use in a new way. We are talking about low-cost treatments that have been around for a long time but that have the potential to transform lives. Jonathan attempted to bring forward this Bill to address the issue and was working with Breast Cancer Campaign and other charities to ensure that the needs of people affected by breast cancer and other medical conditions are met.

The Bill could, over time, revolutionise access to treatments across a very wide range of medical conditions.