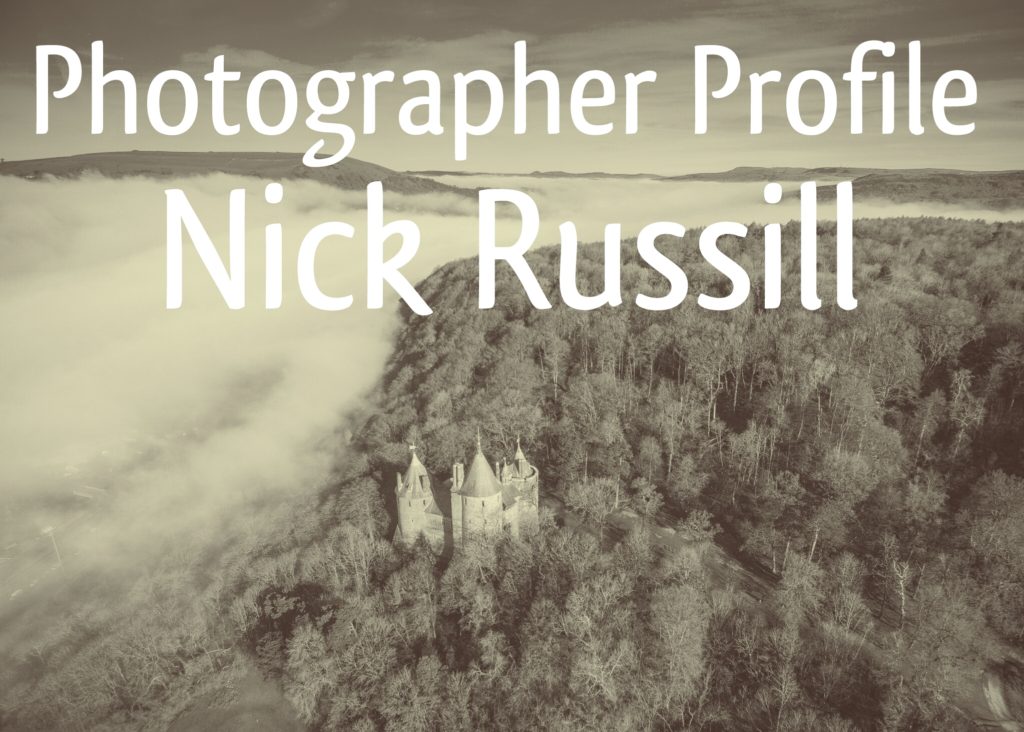 You may have seen this spectacular image from local photographer Nick Russill in your Facebook feed recently. His otherworldly image of Castell Coch, nestled in the familiar woodland but surrounded by a sea of mist has enraptured people online. 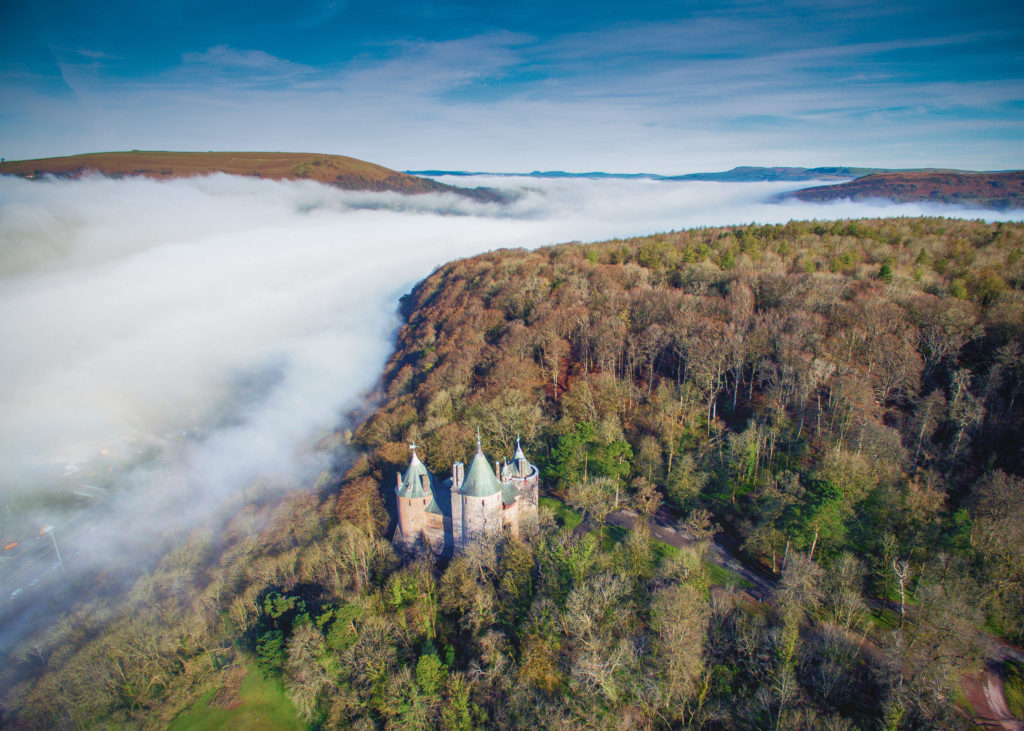 I spoke to Nick about the image and how he got into photography.

Nick studied Mining Geology at Cardiff University and set up TerraDat after graduating. His business carries out ground exploration surveys, including geological hazards, archaeology, forensics and engineering structures. They’ve been on TV a few times with Time Team and BBC Countryfile.

TerraDat use drone technology to make maps of the landscape and buildings. Nick explains, “Photography is all about perspectives, and the fantastic opportunities offered by drones has enriched how photographers can share their view of the world.” His interest sparked from finding an old Russian Zenit XP camera lying in the road in the Wye Valley years ago. “It has evolved as my creativity has diversified to cover many subjects from outdoor sports, landscapes, abstracts and fashion.” he added. 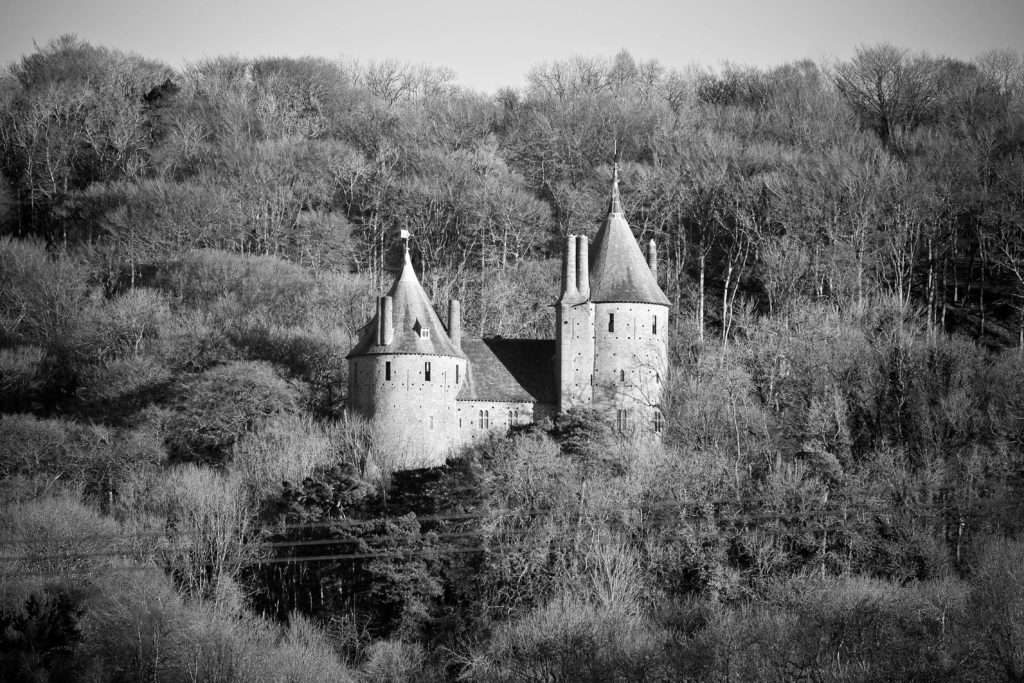 I asked Nick how he managed to capture the shot of Castell Coch in the mist. He told me, “Every photographer gets their inspiration from different places in different ways. For me, I visualise my photographs before they happen and the quote by the famous photographer Ansel Adams rings very true for me: ‘When I’m ready to make a photograph, I think I quite obviously see in my mind’s eye something that is not literally there in the true meaning of the word. I’m interested in something which is built up from within, rather than just extracted from without.’

“Castell Coch in the mist is a great example. Living nearby, I always had that image in my bones and the morning I took it, I woke up and saw the weather conditions and the image came to mind so I made a detour en route to work and the rest was easy.

“It was taken using a DJI Inspire 1 drone which is a moderately priced flying camera. Very easy to fly, so you can focus (pardon the pun) on the image. As with all drones, consideration of the legislation always needs to be made so I launched from a quiet car park and didn’t fly over any roads or congested areas.”

Nick submitted the photo to BBC Wales, where it was shared over 3,000 times and received nearly 6,000 likes.

If you explore Nick’s website, you’ll find several other interesting projects. This video shows a photo-coloured point cloud of Castell Coch. Laser scan data was acquired with a Topcon GLS-1000 instrument as a demonstration for Cadw.

He’s also created a 360 degree photo of the castle that you can explore in your browser.

“The 360 panoramas are something we do commercially in the context of laser scanning to make 3D models of buildings or streetscapes. The technology for my 360 views is amazing as it’s a device called a Gigapan that’s adapted from a camera on the Mars rover. It uses a standard camera on it. I use Fujifilm X-Series cameras because they are small, powerful and the sensors render beautiful sharp film-like images.”

You can see more of Nick’s photos on display in plan2ride. 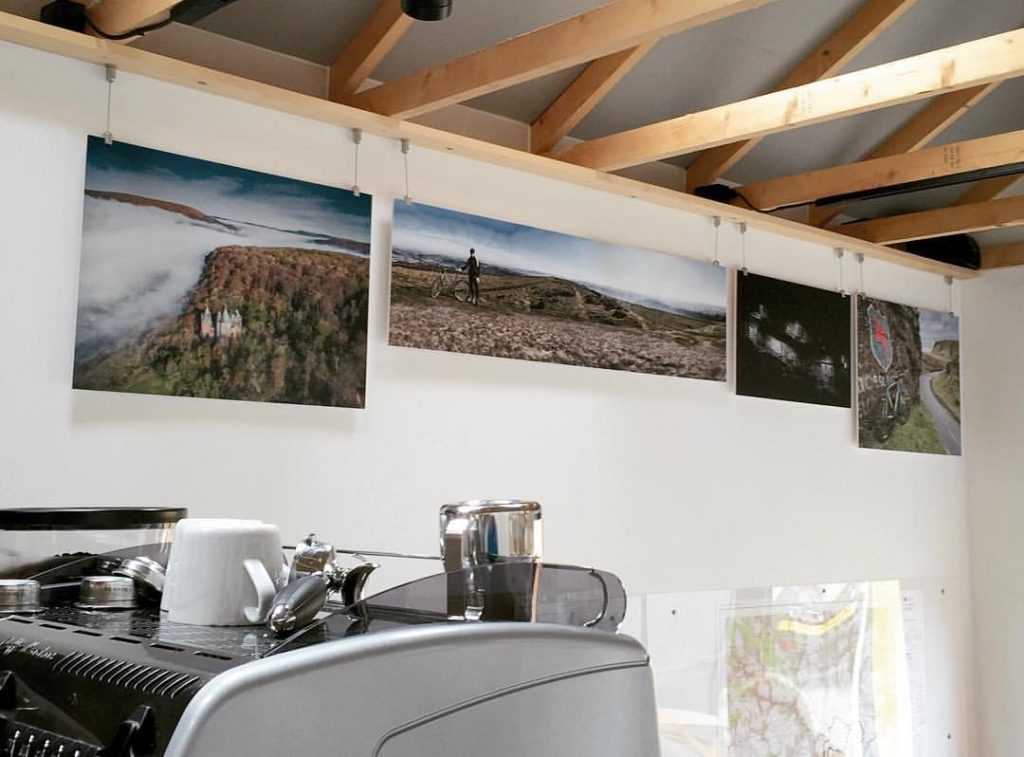 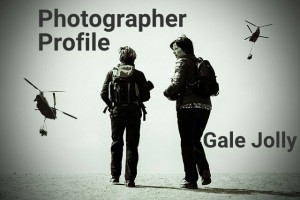 You may also like our profile of photographer Gale Jolly.