Owen is Head of Performing Arts at Y Pant School in Pontyclun and an established playwright who lives in Tongwynlais.

Which came first, teaching or writing?

Writing, as I have enjoyed it since childhood. My earliest influence was Dave Cooke, my primary school Headmaster who wrote plays for the radio in his spare time and would often play them to us in the school hall. I remember listening to them and thinking it was an amazing thing to do.

I started writing poetry for local eisteddfods where I would quite often win extra pocket money. This graduated to having poems published in anthologies and then writing sketches for radio. Unfortunately I went to a secondary school where drama wasn’t taught. So, at the age of 15 I asked the Headmaster if I could write a play and stage it in school. He agreed, and the resulting ‘Where Have All the Foxes Gone?’ while not setting the theatrical world alight certainly put me on my path. I now have about 20 plays under my belt that have been performed all over the UK and beyond.

I have been a teacher since 2000, starting my career in the East End of London. I have been at Y Pant since 2004 and am lucky in that I love my job. My passion for teaching drama and performing arts stems from the fact that I am primarily self-taught and want to ensure that other young people have the start in life that my school didn’t afford me. It is a very rewarding job and I feel lucky to have a balance that allows me to pursue my own work while helping students create their own.

One of Owen’s plays, ‘Richard Parker’, is a darkly comic tale that explores the themes of fate and coincidence. It had a successful run at the 2011 Edinburgh Fringe Festival and was the winner of Best International Show at the Hollywood Fringe Festival in 2012.

‘Richard Parker’ has been a great success. How has this affected your writing career?

‘Richard Parker’ has changed my life in many ways. It has taken me to a different level in terms of where my work is now produced. Having it performed at both the Edinburgh Fringe Festival and then the Hollywood Fringe Festival last summer was the realisation two lifelong dreams. It has brought my writing to a wider audience. I just hope some of them will come along next week to Chapter Arts Centre and watch ‘Robert Golding’ to see where I’ve gone next.

Do you encourage your drama students to write as well as act?

Always. Through writing text a student is able to better understand dialogue – how it looks on the page might be markedly different from how it sounds to the ear. Students often fall into the trap I did when I started out where the dialogue becomes far too prosaic. Always stop, read it aloud and listen back. And always listen to people. Some of the best ideas I’ve had come from listening to snapshots of conversations.

I am proud that several students I have taught are now making their way in the world of playwriting and performing. An ex student, Naomi Lawson, was inspired from her experiences at Y Pant to take up playwriting. She is studying for an MA at Goldsmith’s and has just had her first read through of a play at the Soho Theatre in London. Another ex-student of mine, Matthew Ingram, wrote a pantomime under my tutelage that went on to win an award. He has just been accepted onto the National Youth Theatre scheme and I am confident that these are two names you are going to hear more of in the future.

How can young people get started in playwriting?

The best advice I could give any young person wanting to write would be to join a youth theatre. Spending time with like minded people in an atmosphere of support and creativity is an excellent way to learn your craft. Write some sketches, use actors to play them, test them out in front of a supportive audience and get feedback. There are lots of good youth theatres in South Wales, in fact I run one at my school. I would be glad to help anyone interested find a place to suit their needs.

What made you move to Tongwynlais?

My wife and I used to live in Cathays. When our twin daughters (Sofie and Brooke) were born we decided to move out of the city. I remember cycling up the Taff trail, stopping in Tongwynlais, leaning on the wall by the post office and phoning my wife to tell her about this amazing village I’d found. I took her to see it and we both fell in love with it. That was in 2006, and I honestly can’t see me living anywhere else. It has a lovely community feel, but with all the conveniences of the capital city just 10 minutes down the road. 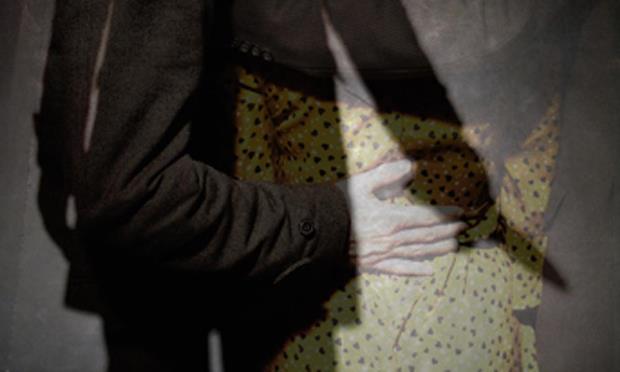 Owen has written a follow up to ‘Richard Parker’ called ‘Robert Golding’, both of which are being performed at the Chapter Arts Centre in July before ‘Robert Golding’ heads to the Edinburgh Festival.

What are your plans when you return from Edinburgh?

Teaching wise, the new academic year will start so I will be straight into that. Writing wise, there are currently two American versions of ‘Richard Parker’ and ‘Robert Golding’ being developed for performance in Chicago at the end of the year. I am really excited about this and hopeful that I will be able to go over and see what they’ve done with them. Apart from that my company (Darkman Productions) will look to tour ‘Robert Golding’ around the UK in the New Year and then I will start work on a new piece for 2014. There are also plans for a film version of ‘Richard Parker’ so watch this space….

Where do you get inspiration from for characters in your plays? Are they ever based on people you have known?

My characters are largely fictional but a writer can never help but put elements of themselves or the people they know into their work. I often exaggerate these elements and make them slightly grotesque. But I do regard myself as a good observer of people and I often find inspiration for a character from the strangest places. In fact some people would be surprised to know how much of them I have used.

Have you ever acted in your own plays?

When I first wrote my plays I acted in them. I gradually came to prefer watching other people act my words and as the calibre of performer I worked with improved I realised my own limitations as an actor. I now find one of the joys of writing is sitting with an audience watching one of my plays or mingling with them unknown in the bar afterwards. A stranger in a theatre bar after a performance of ‘Richard Parker’ once said to me ‘I enjoyed that, but whoever wrote it has a strange mind’. I fully agreed with him.