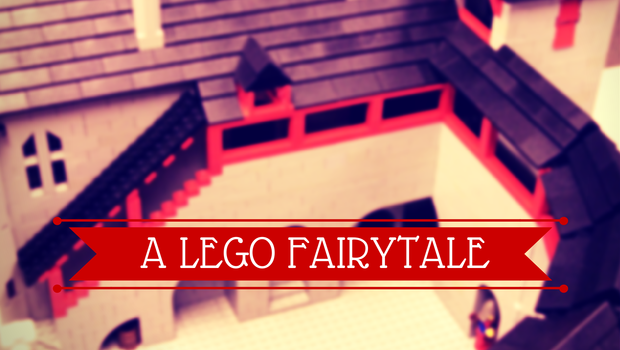 Robert Carney has painstakingly built over 140 castles from around the world using Lego bricks. Castell Coch was the first Welsh castle he built in 1987. Robert chose Castell Coch as his brick collection was significantly smaller back then.

With a larger number of bricks available, Robert built a second model of Castell Coch in 2007. This model took about 3 weeks to build in his spare time, and he estimates it took about 15,000 individual Lego pieces to complete. 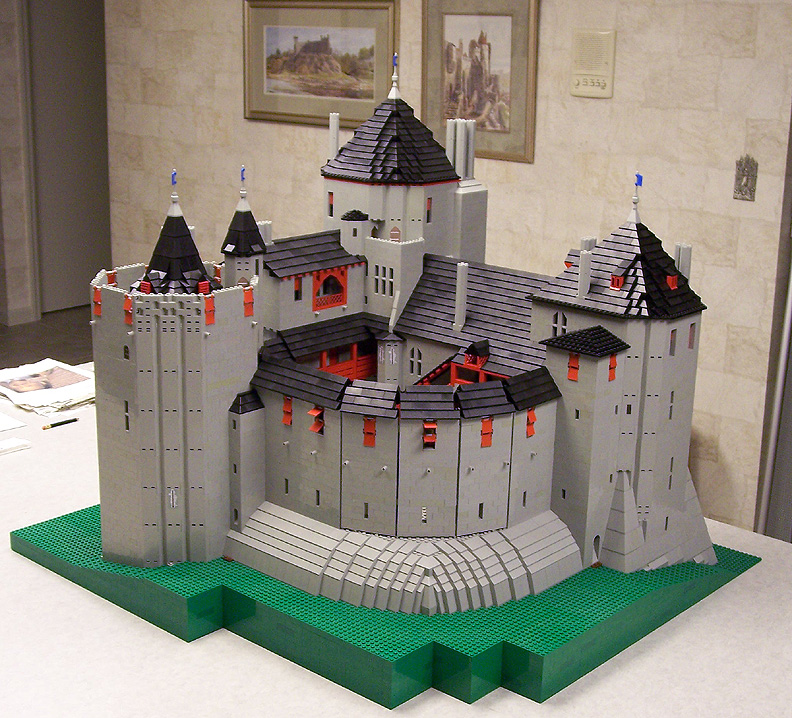 This model is amazingly detailed, as you can see in the comparison below. The only piece of the castle not made from standard Lego bricks is the picture of the Madonna and Child above the drawbridge. 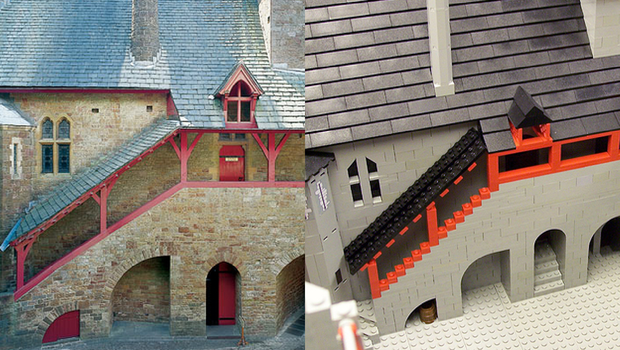 I asked Robert which part of the construction was the hardest and he explained the curved wall section was particularly challenging. The size of this later model made the details easier to build than his original one.

Robert provides detailed plans for each castle he builds so you can have a go yourselves. And he’s happy to help if anyone’s trying to reproduce one of his models.

I’ve got to say a big thank you to Robert for answering all my questions and very kindly letting me reproduce his images and plans. Now I’m off to the the Lego shop to buy some more bricks!

This is the best I could do… 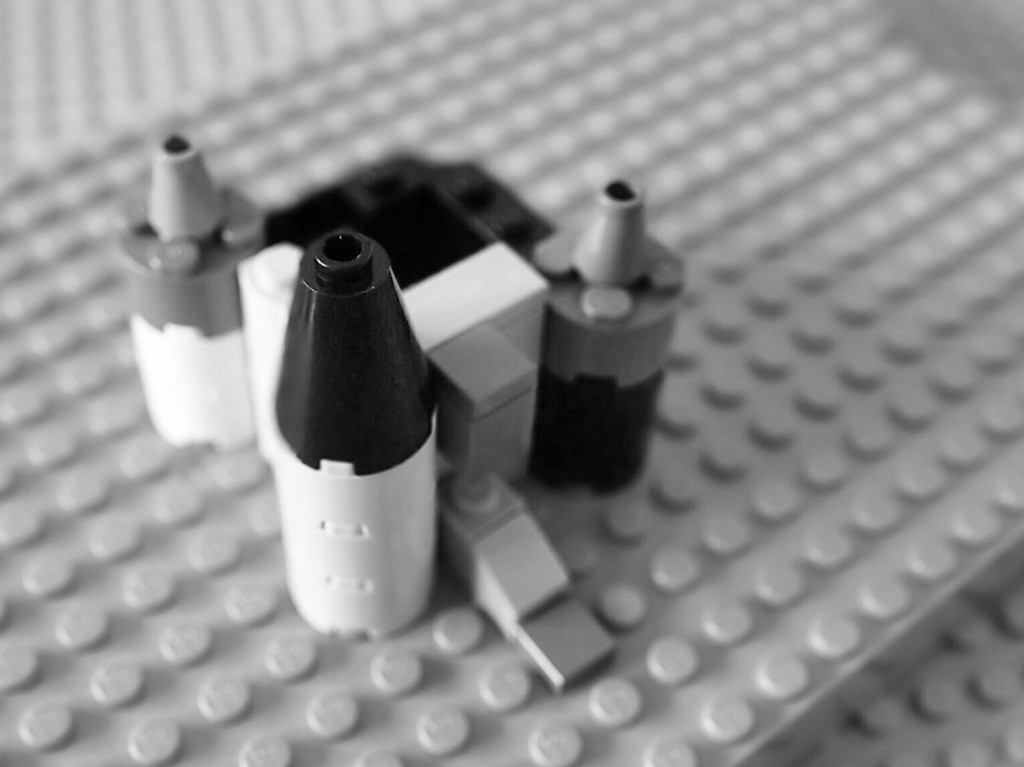