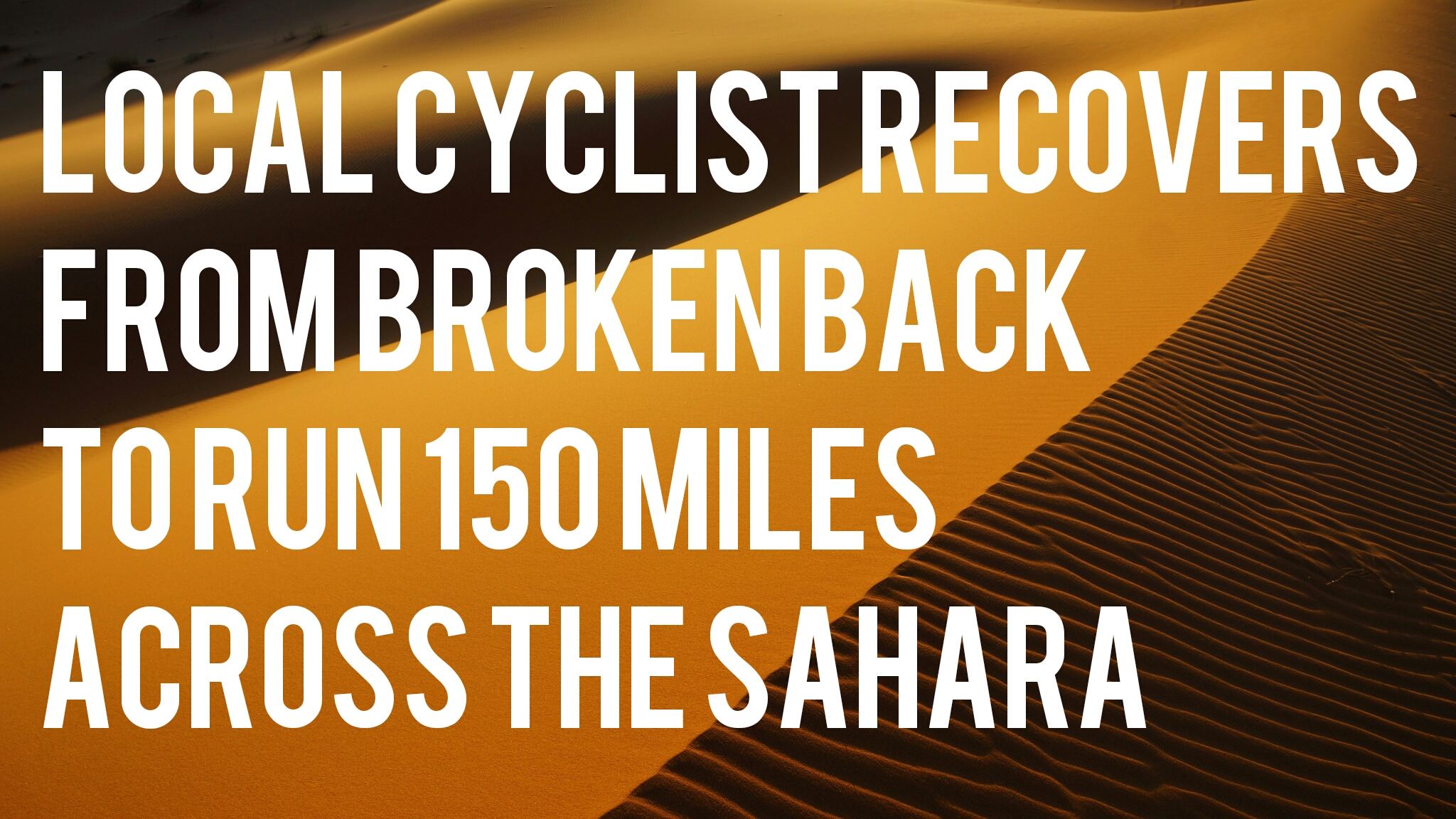 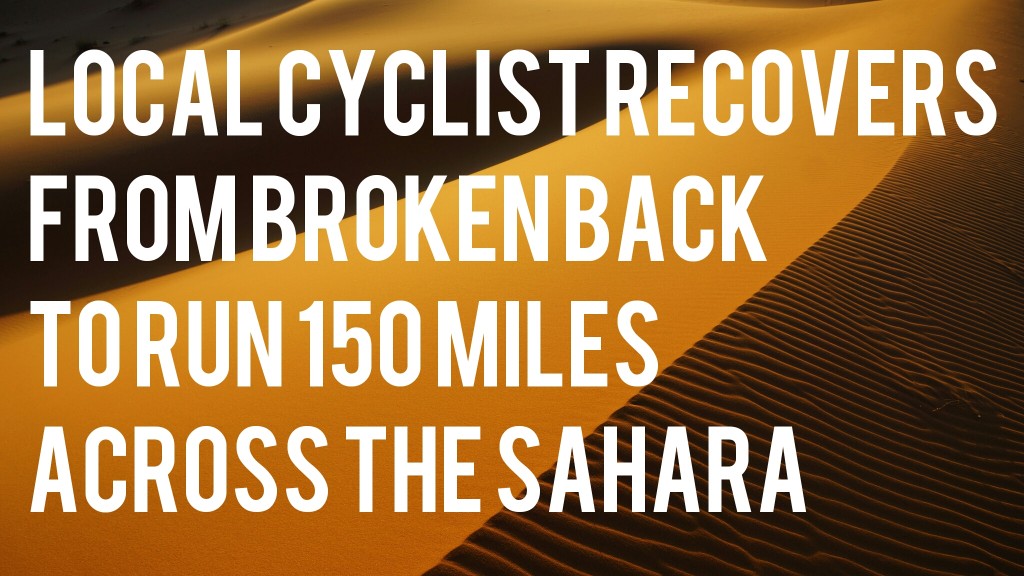 On his way to work as a cycle courier, the 23 year old suffered horrific injuries from an accident which included a broken jaw, two compression fractures of the spine and the loss of four teeth.

Just over a year later, Marc is getting ready to run the Marathon des Sables. Known simply as the MdS, this unforgiving race covers a total distance of 156 miles over 5 or 6 days in the scorching heat of the Sahara desert.

After the accident, Marc had to endure three months in a neck and back brace from waist to chin, which the keen runner found incredibly hard. He had 100 stitches from his top lip down to his neck, dental implant surgery and an operation to realign the bone in his jaw. Marc also lost his job and had to move back in with his parents. He found this loss of independence humiliating.

Reflecting on this time, he admitted, “I lost my job, I lost my sports, my independence, my mobility. A lot of things. It was a mentally difficult time.”

“I lost my job, I lost my sports, my independence, my mobility. A lot of things. It was a mentally difficult time”

Once the brace was removed, Marc began to put his life back together by throwing himself into activities that were close to his heart and getting back into training. Through his membership of the Army Reserves, he got the opportunity to take part in the Cyprus Aphrodite Half Marathon. Although he was still struggling with self esteem, he entered the race and came 3rd in his age group. This gave him the confidence to take on a bigger challenge.

The MdS is incredibly popular and places are allocated – often years in advance – by a ballot system. Marc actually won his place three weeks before the accident, so he was determined to recover and get fit enough to take part.

The race also has a personal element for Marc. Born in Algeria during the civil war, Marc was put in the care of a French charity, who flew him to France when he was just months old. He was adopted by his English parents, who were working in the country, and they eventually moved back to Bristol when he was 10. A year later, the family settled in Tongwynlais where his parents had friends and connections. He’s always wanted to go back to Algeria but it’s never been a good time. He explained, “This is a double adventure. There’s the physical side and the massive personal side.”

“This is a double adventure. There’s the physical side and the massive personal side.”

Marc is currently involved in the Cardiff Youth Council, the BBC Generations project and writes reviews for Cardiff-based website “TheSprout”. He recently appeared on the BBC’s Sunday Politics show, talking about youth engagement. Proceeds from Marc’s fundraising will help a youth mental health awareness campaign called “All My Strength”.

With the Marathon des Sables just weeks away, Marc is looking for sponsors to help him buy equipment. There’s a long list of essential items that every MdS runner needs. Marc is hoping that local businesses will help out in return for publicity during and after the race. Equipped with a GoPro camera, Marc is going to record the race and write about the experience. You can support Marc by donating via his JustGiving page.

We’re proud to be Marc’s first sponsor and looking forward to seeing him cross the finish line in a Tongwynlais.com t-shirt! If you’d like to talk to Marc about sponsorship you can contact him on marctilley@hotmail.com.