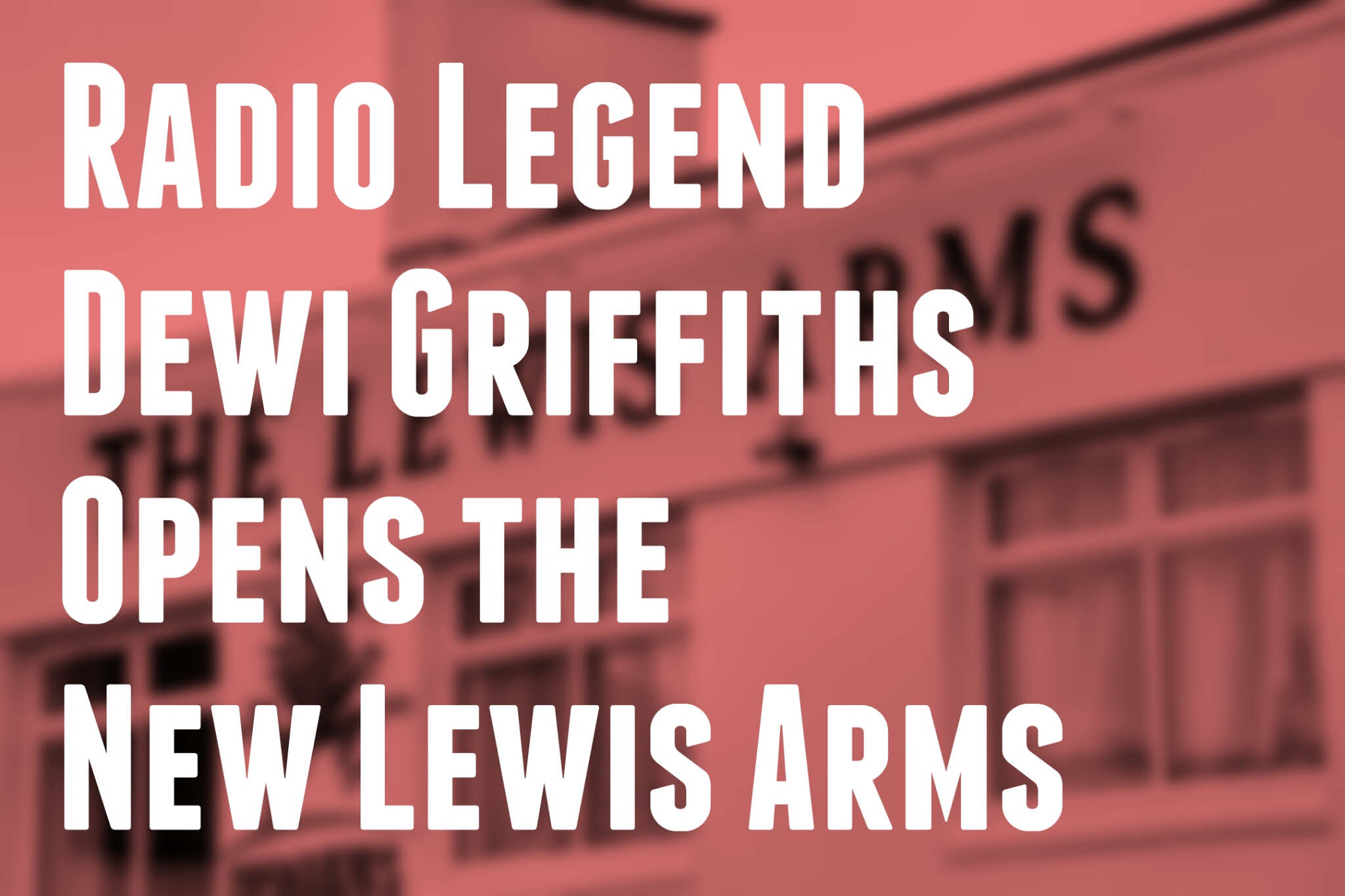 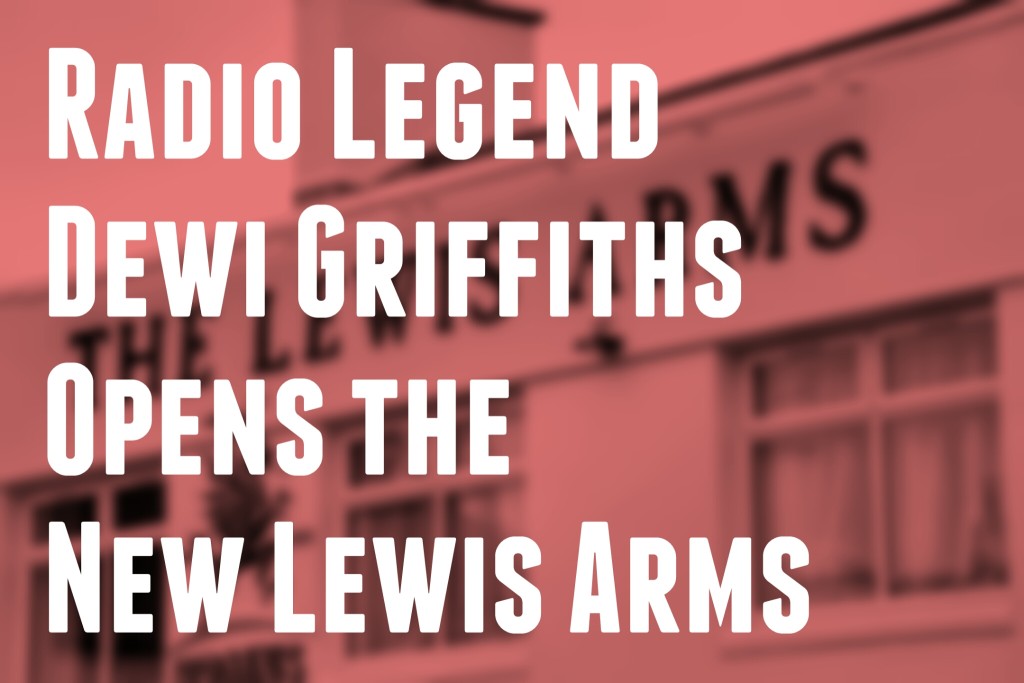 Although I missed the official ribbon cutting of the newly refurbished Lewis Arms, I did manage to speak to the honoured ribbon cutter and radio legend Dewi Griffiths.

Dewi is best known for the long running Sunday morning radio programme “A String of Pearls”, which he describes as: “music from the Hollywood films and BBC dance bands that your grandparents would’ve danced to.” The show ran from 1988 to 2014. Dewi has lived in the village since 1981.

Dewi told me about the first time he visited the pub: “My first visit to Tongwynlais was actually in 1950, when I was about 18 or 19 years old and a history teacher from Pentre Secondary School in the Rhondda – very keen on local history – brought a group of us down to Taffs Well station. From there we marched and climbed, up and up and up and ended up looking at the tumuli on the top of Garth mountain. Then we came back down and had swim, would you believe, in the actual pool at Taffs Well, which no longer exists. And from there we passed this pub, sat down outside – we were only teenagers – and we had a glass of lemonade and a Clark’s Pie, probably. But the important thing was, I didn’t know then, that I’d be coming back to live here all these years later. I walked past the house, on the way to the castle, that I never knew then I’d be living in today and that my children would grow up in.” 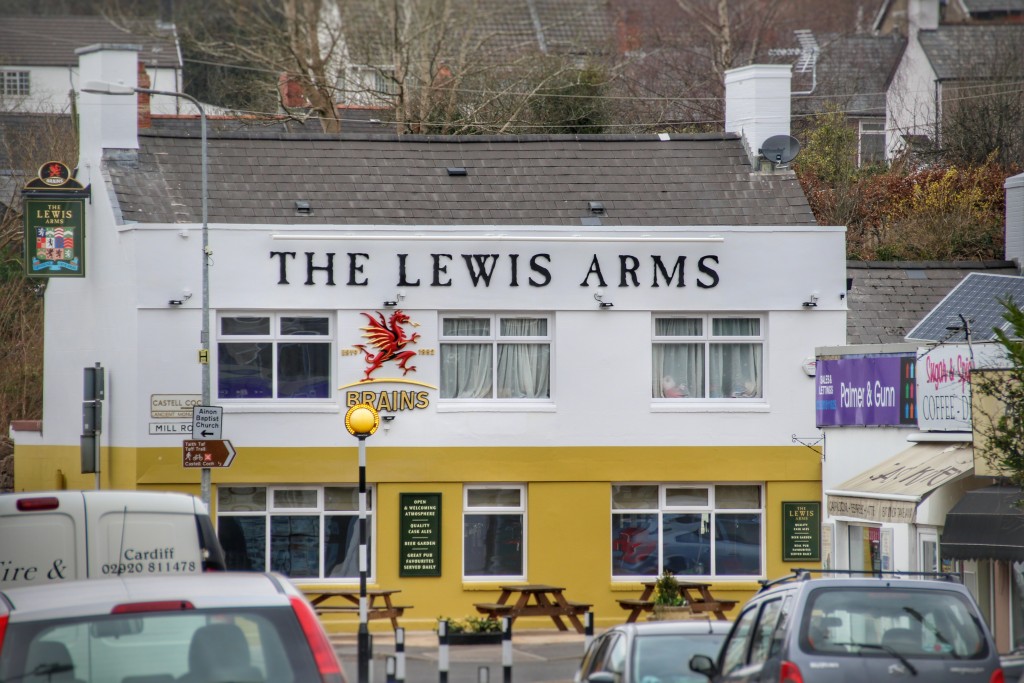 Dewi began a long career at the BBC in 1954, working as Technical Assistant with The Welsh Home Service. In 1962 he joined legendary Welsh Outside Half, Cliff Morgan and radio producer Tom Davies to form BBC Wales’ very own Sports Department. As well as directing the cameras at every rugby match played at Cardiff Arms Park for the next 30 years, Dewi also worked on the BBC’s other sports coverage. He told me: “My job took me all over the world, Lions Tours, Olympic Games, World Cup soccer, you name it. And, of course, I worked on rugby league, horse racing, boxing, golf and I did 12 seasons at Wimbledon.”

See some great photos from Dewi’s long career on the BBC website.

Recalling the village, he said: “I boast about the village, because it had everything. It had three pubs, at the time, it had cafes, shops – that seemed never to shut, whatever the weather – and it had a nice atmosphere about it. Ideal to bring up children. It changed quietly over the years because of the increase of the population, with various estates being built towards the north, towards the east. And of course the A470 didn’t exist when we first moved in, so lots of changes. But this pub was always part of my week when I was home for all those years. And here we are today, all these years later they’ve done me the honour of asking me to cut the ribbon and I feel very pleased about that.

“It’s a village pub that matters.”

“Fundamentally, I’m very grateful to Brains, which is why I was very pleased to come here. They’ve done the pub up, beautiful decoration inside, the colourful outside is attractive and they’ve maintained its huge red dragon, which is a symbol to everybody who passes that you’re entering special Welsh territory.

“So after three years in the RAF and 60 years at the BBC, here I am now enjoying my old age, here in Tongwynlais with friends who are sitting across from us in the crowded room we’re in now, who I meet from time to time. The important thing now is that I can buy my South Wales Echo up the road, pop in here and have my fish and chips – and that’s the way life is, and is perfect for a man of my age.

“So today, to open this pub, to cut the ribbon and declare it open is a great privilege and, of course, a great pleasure.”

The opening night was really busy and everyone I spoke to thought the new look was really impressive. Let us know what you think in the comments, on Facebook or on Twitter.