The End of the Castell Coch Inn 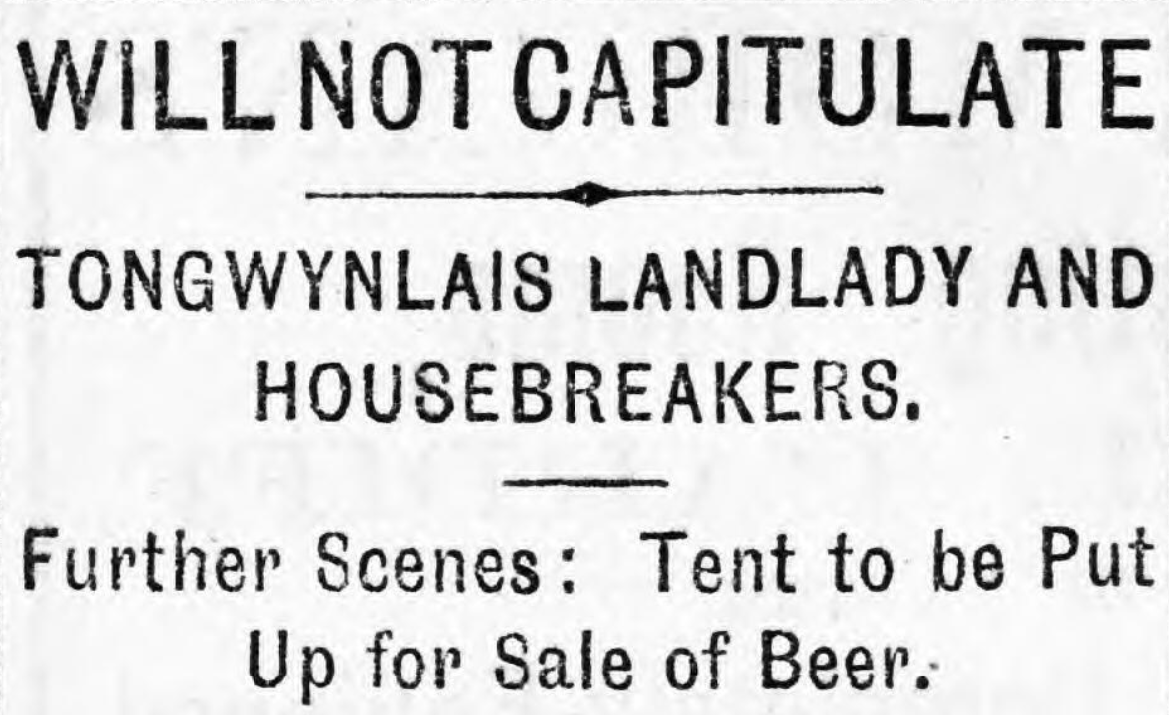 The Evening Express reported on Saturday 28th January 1905 that the Castell Coch Inn was demolished the previous day, despite protests from the tenants.

The Inn was removed following an Act of Parliament for the construction of the railway between Cardiff and Pontypridd. This work also affected 30 cottages in the village.

It’s reported that Mr Dyke and a man servant slept in the property on Thursday night. The roof and contents of the house were removed on Friday and yet the men stayed overnight again. Mr Dyke also ate his dinner amongst the stone and mortar and was eventually joined by Mrs Dyke.

When work was resumed Mr. and Mrs. Dyke still remained on the premises, notwithstanding that the masonry was falling around them, and some sharp words passed between the lady and the workmen, who took the matter good-humouredly.

Eventually, the workmen completed the demolition.

Mr. Dyke claims that, although the house has been pulled down, he can still sell beer on the premises, and states that he “will put up a tent on the ground for the sale of beer until the licence expires.”

The full article can be read on the Welsh Newspapers Online website. This fantastic resource is provided by The National Library of Wales.

1 thought on “The End of the Castell Coch Inn”