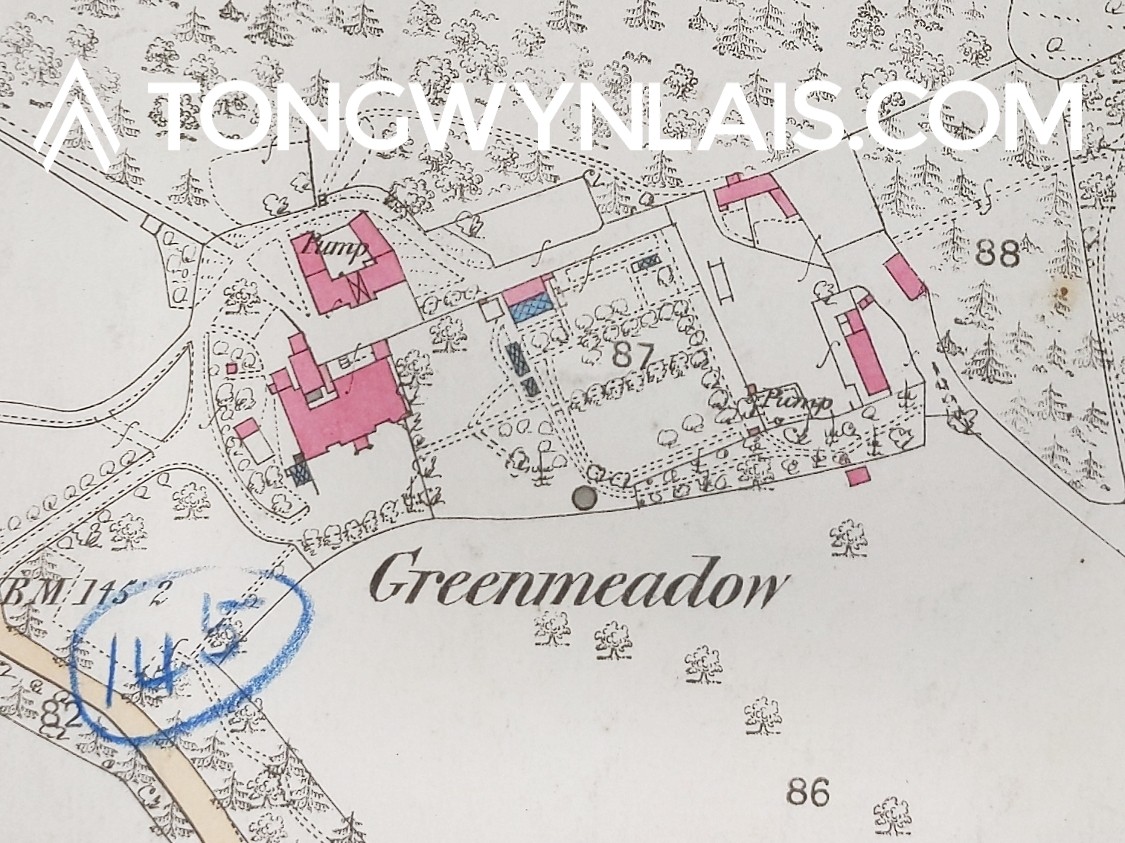 I’ve been looking into the history of Greenmeadow House recently and I’m working on a detailed piece about the mansion and the Lewis family. In the meantime I thought I’d share these images from a 1910 story in The Cardiff Times and a summary of its history.

The article from 19th February 1910 describes the history of the great house, its owners, contents and local stories.

Thanks to the amazing Welsh Newspapers Online service from The National Library of Wales.

Greenmeadow is believed to have been a medieval farmstead and later, a Jacobean farmhouse. The property came into the possession of Wyndham Lewis MP (1779 – 1838) in 1817.

He renamed it Pantgwynlais Castle and had a grand new facade constructed. This name was still used in 1872 so perhaps the whole estate retained its original name or they used both.

This image from 1837 shows a detailed plan of the main house and wider estate. I posted this online recently and a reader asked where exactly it was in the village. The map below to show its location on the current Greenmeadow Drive.

This is the only image I’ve seen of the interior of Greenmeadow House. The newspaper article describes the contents of the house in some detail. Col. Lewis and Mrs Lewis travelled extensively, filling their home with many artefacts and treasures. Col. Lewis collected Toby jugs and Mrs Lewis painted watercolours.

The house was left to ruin and eventually demolished in 1945. Greenmeadow Estate was later constructed on the land.

4 thoughts on “Greenmeadow: A Country Home”