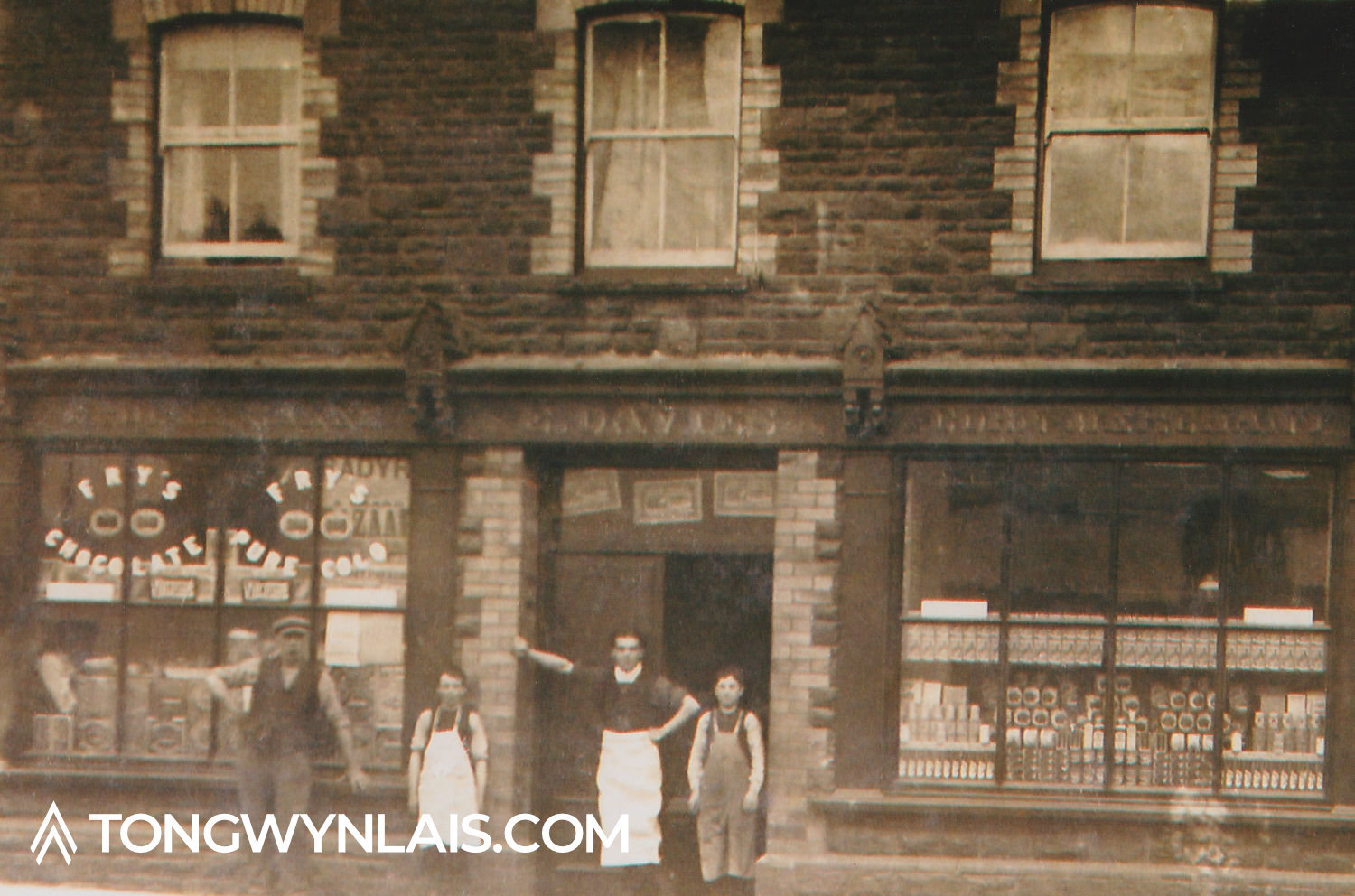 I’ve been sent some brilliant photos of the old shops on Mill Road. They were a little scratched and damaged so I’ve restored them for you to enjoy.

Andrew sent me this photo of Cliff Davies’ grocery shop that was at 24 Mill Road. He told me, “Cliff Davies was my grandfather and he had the grocery shop at 24, which is the house I grew up in. He was also a very popular local councillor. After he died in the mid-sixties the shop was rented out by his widow and then by my mother to a series of people. The first continued it as a grocery shop and after that it became an antiques shop and then a cash register repair shop. Sometime in the mid-seventies my mother stopped renting it out and the shop became part of the house again.”

He also has this brilliant photo of number 2 Mill Road. Andrew said, “The shop at number 2 was a similar setup. It was originally run by Dolph (I assume Adoplhus?) and Gertie, and then their daughter Gwen and her husband Dennis (I think that was his name). I’m not sure if Dolph or Dennis had the surname Davies. After their days the shop was run for many years by David Ford, who was also the local Scoutmaster.”

The last photo is of the Whitsun Outing, taken in the 1950s outside number 2 Mill Road. You can see the shop name has been removed and the window signs are different.

Massive thanks to Andrew for sharing his photos.

If anyone else has old photos of the village, I’d love to be able to share them. You can get in touch by email or Tweet me.

5 thoughts on “The Mill Road Stores”