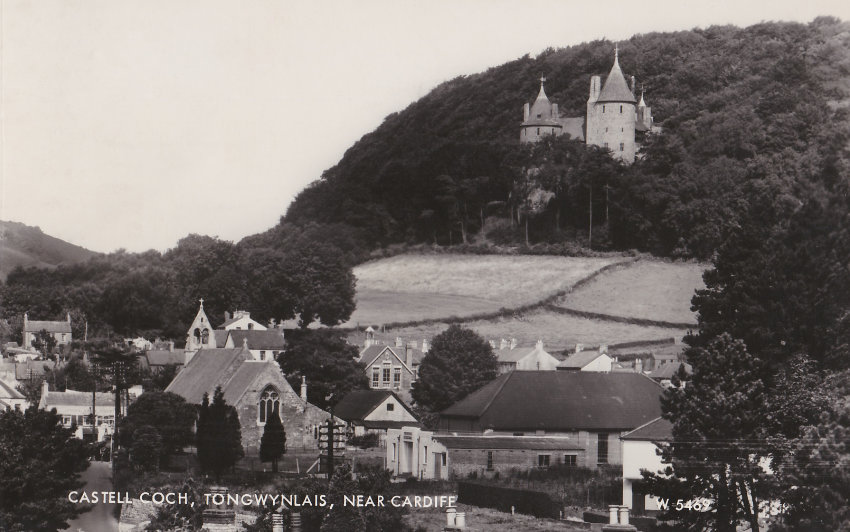 Have you been longing for another instalment of “Postcards from Tongwynlais“? If you have, you’ll be delighted with this fantastic photo of the village that features a rare glimpse of the old school building.

I’ve cleaned up the image to remove some blemishes but it’s a remarkably good photo of the village. It’s such a shame that there aren’t more of these.

The school is labelled #2 in the illustration below. It was located in Old School Court, which is on Wellington Street.

I believe the building was used as a factory before it was demolished.

Do you know anyone who has a better photo of the old school or memories of attending it?

The building behind the Village Hall (5) looks like it’s where St Michael’s Close is today. Does anyone know what this was used for? Finally, #7 could be an old building that’s been replaced by the modern extension for the church community hall.

Another interesting thing to note is that the village hall didn’t always have a steeply pitched roof. It’s also shorter than today’s building.

The village hall was officially opened in 1934 by Lady Cory.

If you enjoyed this post, help spread the word by sharing it using the buttons below.

2 thoughts on “Postcards from Tongwynlais – Part 14”