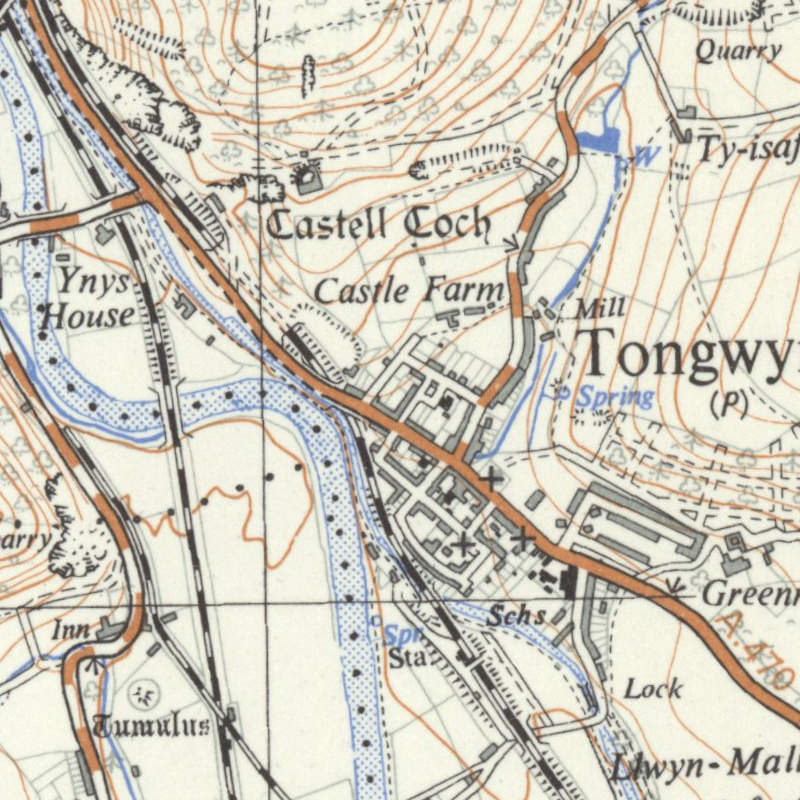 Several houses on the north-west end of Merthyr Road were demolished in 1968 for the construction of the A470. A reader has very kindly sent me a photo of one of these houses and some information about their history.

There were six terraced houses on the other side of Birth Hill, shown in the image below. The end terrace was originally called “Bridge House” then number 41 and eventually number 44. As you can see below, Merthyr Road used to cross the old railway line.

The girl in this photo is the reader’s mother, Barbara. She is pictured with her dog Judy outside Bridge House in 1928.

The Edwardian houses were built in 1905 and the two end properties had balconies. These were removed after the Second World War.

Barbara’s parents came to Tongwynlais to run the Bute Pub, which was situated on the corner of Merthyr Road and Bute Street. They moved into Bridge House in 1912.

You can read more about this image in “Postcards from Tongwynlais – Part 13“. I’ve highlighted Bridge House below, where I think you can just about make out the balconies in the two end houses.

You can see in this later photo, which I believe is from the early 60s, that the balconies are no longer there.

Many thanks to Carol for helping me verify some of the information in this article. If you have any memories of old Tongwynlais, please get in touch.

The maps are reproduced with the permission of the National Library of Scotland and OpenStreetMap contributors. The colour photo of Tongwynlais is published with permission from John Bulpin.