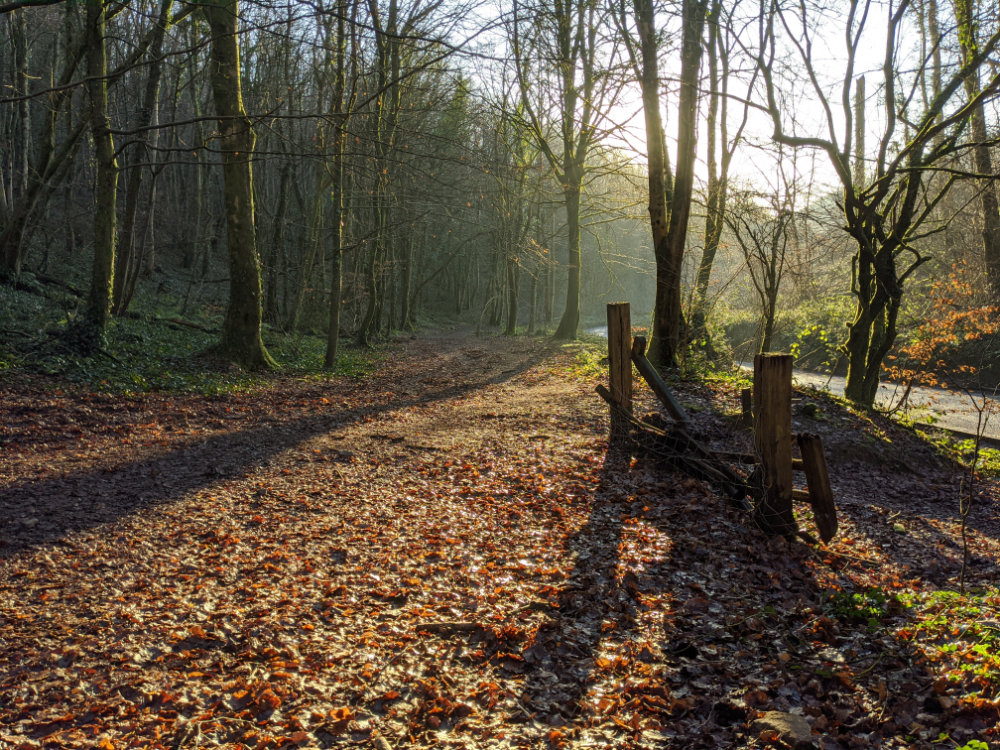 I pass the information board in Fforest Ganol regularly while enjoying the woodlands. I thought it might be interesting to share the content and see what our local experts have to say. I get the feeling the board is quite old so I wonder if the same plants and animals are still found.

Fforest Ganol and Cwm Nofydd are part of the “Cardiff Beech Woods”. These are of the most westerly naturally-occurring Beech Woods in Britain. The area is protected because of its importance for nature conservation. It is a “Site of Specific Interest” and part of a European network of “Special Areas for Conservation”. It is also a Local Nature Reserve.

The forest is owned and managed by Cardiff Council. Many of the trees are around the same age due to timber production up until 1974. The area is now managed for wildlife and public use. To help restore the natural balance of young and old trees, tree thinning is required to create new glades in the forest. Some dead wood and older trees are left to provide a home and food for many animals and fungi.

The underlying rock here is calcareous limestone which was formed in the Carboniferous period, 350 million years ago. It was made from the fossilised remains of sea plants and animals when South Wales was covered by a warm sea.

Beech is of the commonest trees, but there are also Ash, Oak and Hornbeam. The Hornbeams have a distinctive spiral bark and are often found on Limestone. Fforest Ganol is an “ancient” woodland, which means it has been woodland since at least 1600 AD. Like many ancient woodlands Fforest Ganol has a spectacular “wildflower carpet” in spring. Wood Anemones are the first to appear in April, followed by Bluebells and Wild Garlic in May. In the wetter areas of the woodland you can find the rarer wild Solomon’s Seal and Herb Paris.

Winter is a good time to see Great Spotted Woodpeckers, Jays, Nuthatches and roving flocks of Tits. In spring the Song Thrush is one of many birds which can be heard singing. You may also see Buzzards and Sparrowhawks soaring overhead hunting for small animals and birds. This is one of the only places in Glamorgan where you can find Hawfinches, but they are very shy. There are many different insects found in the wood, look out for butterflies such as Red Admiral, Peacock, Small Tortoiseshell and Speckled Wood.

In Cwm Nofydd there are some traditional meadows. These are grazed to encourage wildflowers such as Common Spotted and Southern Marsh Orchids.

The links on the board redirect to pages on the Outdoor Cardiff site.