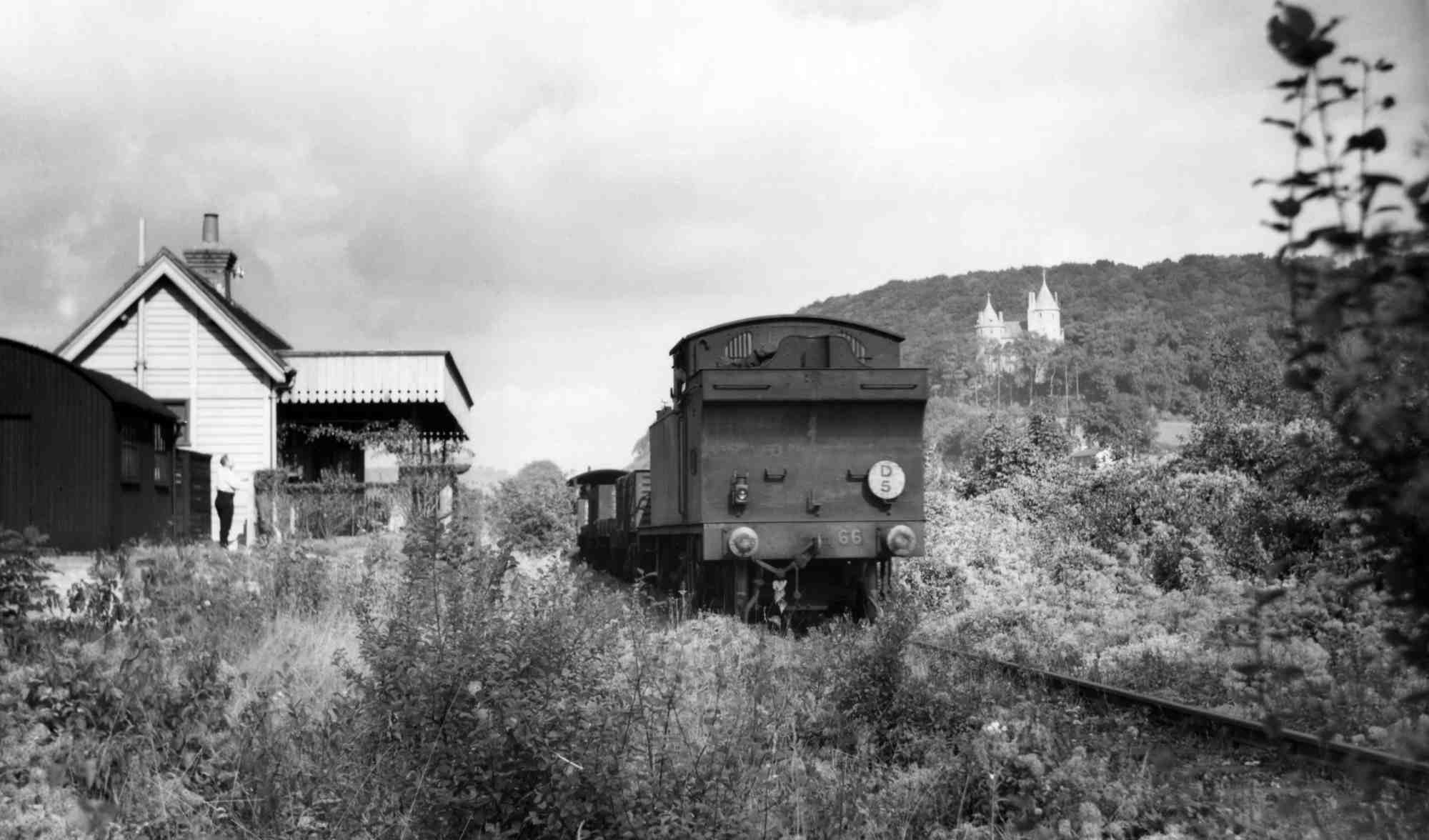 Tongwynlais railway station was opened in March 1911 but only operated for 20 years. It was closed in July 1931 and converted into a private house. Mrs Hagget and her son Graham lived there until its demolition in 1969.

There are several photos of the station in various local history books. Most of these are from after the station closed to passengers. I’ve been sent some better quality images so I thought it was time to share these, show what the station looked like and where it was.

“The Cardiff Railway” by Eric R. Mountford (1987) is an excellent resource and describes the long and difficult history of the railway. It also includes the layout of the station from 1921.

The value “3m 60c” is the distance of the bridge from the Heath Junction. It’s short for 3 miles and 60 chains. (A “chain” was used as a measurement by surveyors and is equal to 66 feet or roughly 20 metres.) The location of railway features, such as bridges and stations, were identified by this system. The station itself is noted as 3m 63c elsewhere in the book.

The National Library of Scotland have a really useful tool that lets you compare historical with modern maps. I used the OS 1937-61 map and the layout to show where the station was located. The map doesn’t include enough detail so see the station’s buildings, platforms or siding. Superimposing the layout on a modern map shows the approximate size of the station. (The layout doesn’t claim to be to scale so it may not be completely accurate.) The main station building looks about the right size compared to other buildings on the map.

Historian and author Stephen Rowson was kind enough to send me scans from Ian Wright’s photo collection. These include one of the images I’ve seen before and some new ones. I’m indebted to Stephen and Ian for their kindness in providing these fantastic views into the village’s past.

I’ve spent some time cleaning up and restoring the scans to bring them back to their original quality.

This photo, from 16th September 1949, was taken nearly 20 years after the station was closed. The track was used in the 1940s to service the Nantgarw Colliery but, without passenger trains, the station wasn’t reopened. The section was finally closed in 1952.

This amazing image, taken on the same day, shows the station looking north with Castell Coch in the distance. There’s no evidence of the other platform or bridge.

The locomotive is a Rhymney Railway 0-6-2T type (No. 66), which was popular in South Wales.

This is the Tongwynlais tunnel that allowed the railway to pass under the Marquis of Bute’s vineyard at Castell Coch. Eric Mountford notes that, “The thin layer of earth covering the tunnel could easily have been removed to produce yet another cutting.” The 100m tunnel was built in 1906 and reduced to a single track in 1928 before the line was abandoned in 1952 and eventually demolished in 1971 for the A470.

In the next instalment of this series, I’ve got some more pictures and information about the station. Do you, or any relatives, have memories of the station or railway? I’d love to hear from you.