The Lady in Grey 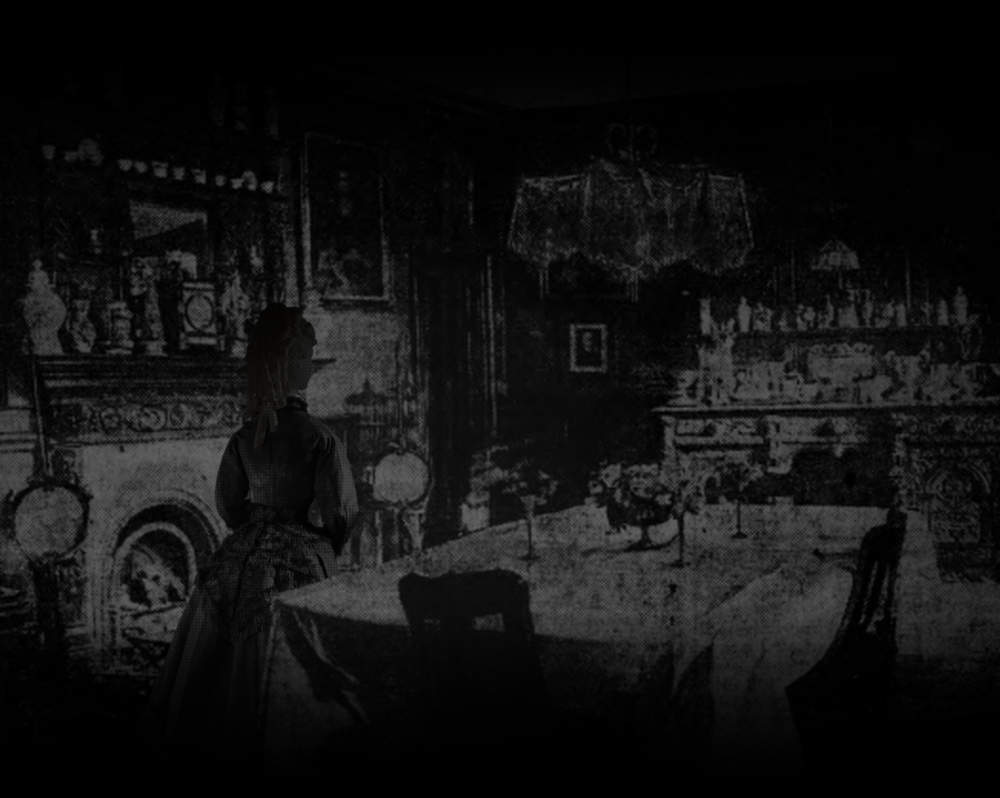 A MYSTERIOUS GHOST AT GREENMEADOW

Mrs. Lewis Felt Its Arm Round Her Waist, and Other Members of the Family Have Seen It.

It is hard to believe that a ghost, real and genuine, would venture in these cold prosaic days to haunt an old country house within a few miles of practical go-ahead Cardiff. Yet, hush! tread softly, draw nearer, and I will tell you all about it! You know the pretty pale-green stucco house on the outskirts of the village of Tongwynlais, among verdant pastures, and therefrom, doubtless, named “Greenmeadow.” Can one believe that when the sun has set and twilight shadows deepen into night, other inhabitants than those of earth steal from their lurking places, wherever that may be, and wander through the rooms where once, perchance, in robust health and glowing spirits, they entertained right royally the distinguished assemblies of their little day? Yet, so, indeed, it is. Down the long passages a woman glides.

A Woman enveloped in a shapeless film of cloudy grey.

A woman? No, the shadowy form of woman, enveloped in a shapeless film of cloudy grey. She sometimes steals along in silence, but, wayward ever in her changing moods, occasionally her high heels (this dame belongs to a period long gone by) sound with a ringing clang, and pass close to the owners or the servants of the house. Yet she (the ghost) remains invisible, conveying only as she goes her way an indescribable sensation of a ‘presence,’ felt, but not revealed.

Her favourite haunt, though, in the ‘witching hours,’ is a large, old-fashioned bedroom, which overlooks the drive. It is so situated that it can be entered only through dressing-rooms, one on either side, and often the doors of these ante-rooms are left ajar, closed, or open when the family retires at night, and are found in the morning in a changed position. Friends often sleep in the haunted chamber, sometimes actuated by a desire to see the ghost. But, though she is often ‘felt,’ she is rarely seen within the sacred precincts of her favourite haunting grounds.

Mrs. Henry Lewis’s mother has often in the night been awakened, when occupying this chamber, by the alarming sensation of a form she cannot see bending caressingly over her. And even when the presence moves away she is still conscious that she is not alone, for garments rustle, soft sighs are drawn, or doors pushed swiftly to, and yet they never bang!

Miss Gwen Lewis (the violinist who gave a concert recently in Cardiff) has also had some experience of the ghost.

“I don’t mind,” says Miss Gwen Lewis, bravely, “how long she wanders about the room, or even bends over me, but I hope it will never develop into an actual embrace.”

Mr. Henry Lewis has often been startled with the footsteps, which he remembers hearing very distinctly when he was a boy; and a Miss Vaughan, who for some time occupied Greenmeadow, during a period in which the owners found it convenient to reside elsewhere, was so distressed by the noises of the unseen inhabitants at night that she had a strong doorway built and placed at the entrance to the haunted portion of the house, which, in some measure, deadened their sounds of revelry and mirth.

The servants have borne witness to seeing many strange figures, among others a little man in red, but upon these I shall not enlarge, but keep my narrative strictly within bounds of authenticated accounts.

“One night,” said Mrs. Henry Lewis, “a Iady who was staying here and I were about to retire, when, recollecting what an excellent housekeeper she prided herself upon being, I suggested that we should take a peep at my store-room. My thoughts were extremely practical. I wondered why my housekeeper had been so careless as to leave the key of the store-room in the door; and, having pointed out my pots of jam, &c., my quick eye detected another proof of servants’ carelessness, a mere trifle, but still an extravagance, the window sash had snapped, and they had recklessly taken a new brush to prop the lentil with – I tell you these details that you may understand how very far from ghosts and sentiment were all my thoughts – when, stepping forward to see if there were not some less useful article handy which would suit the purpose until a carpenter could be called in, I was a little surprised to find my friend, as I thought, pass her arm round my waist and draw me affectionately towards her. I turned my head naturally towards her – to find that what I felt I could not see – my friend was facing me at the other side of the room! Drawing myself out of the weird embrace with a moan of terror, I alarmed her so much that, dreading a fit of hysterics, I muttered some broken words about, ‘a mouse.’ Unfortunately, my friend had the greatest horror of mice, and was terribly agitated at the thought of having been in such close proximity to one, dreaded lest she had brought it upstairs in her skirts, until at last to calm her I told her the truth. Then she was quiet at once.”

The Ghost Walks by Night

“A ghost,” she said reverently. “Oh, if I had only known how glad I should have been. A ghost is an honoured treasure in a family – a relic of the past to be revered – and you deceived me with the cruel suggestion of a vulgar little mouse.”

The rain was beating hard upon the window pane, the gloomy shadows of the afternoon were closing in, and hardly could the warm glow of the great log fire, the cheery surroundings of the pretty boudoir, keep my flesh from creeping or my hair from standing straight up from my head.

“The strangest part is yet to come,” continues Mrs. Lewis, as she lays her panel on her knee to examine critically the effect of the variegated silks she is blending in her art needlework, which, by the way, throw Singer’s specimens into deep shade.

“Yes,” I murmur, faintly, thoroughly subdued and hardly recognising my own weird tones.

“I found sometime afterwards that my housekeeper, who, of course, knew nothing of my experience, had been so alarmed by the apparition of a woman in grey gliding along just as she fixed the key in the store-room door that she ‘took to her heels and fled’, (to use her own expression), and could not be persuaded to return and lock the door.”

“Do you.” I inquired, when I had regained my breath, “believe in clairvoyance, too?”

“I have,” said Mrs. Lewis, “had one very strange experience. When first Mr. Lewis brought me home to Greenmeadow I was accompanied by two maids, who were devoted to me, and between one – Phoebe – and myself an affection existed, rarely found nowadays between mistress and maid. Phoebe married, and, having settled in a cottage in the village, often came to see me. I was very ill on one occasion, and she stayed with me until about ten at night, when, knowing I was surrounded by professional care, she left me to go home. Only a few minutes later I was subjected to a terribly severe attack, my life seemed fleeting, and as the nurse approached me, ‘Phoebe,’ I whispered, ‘Phoebe.’ Now, Phoebe when she reached home and was about to undress turned to her bed, and saw me lying prostrate there. ‘Phoebe,’ she heard me whisper, ‘Phoebe,’ and, throwing on her cloak, she came back to Greenmeadow and burst in upon Mr. Lewis in great excitement, fearing I was dying. Don’t you think that was very strange, indeed ?”