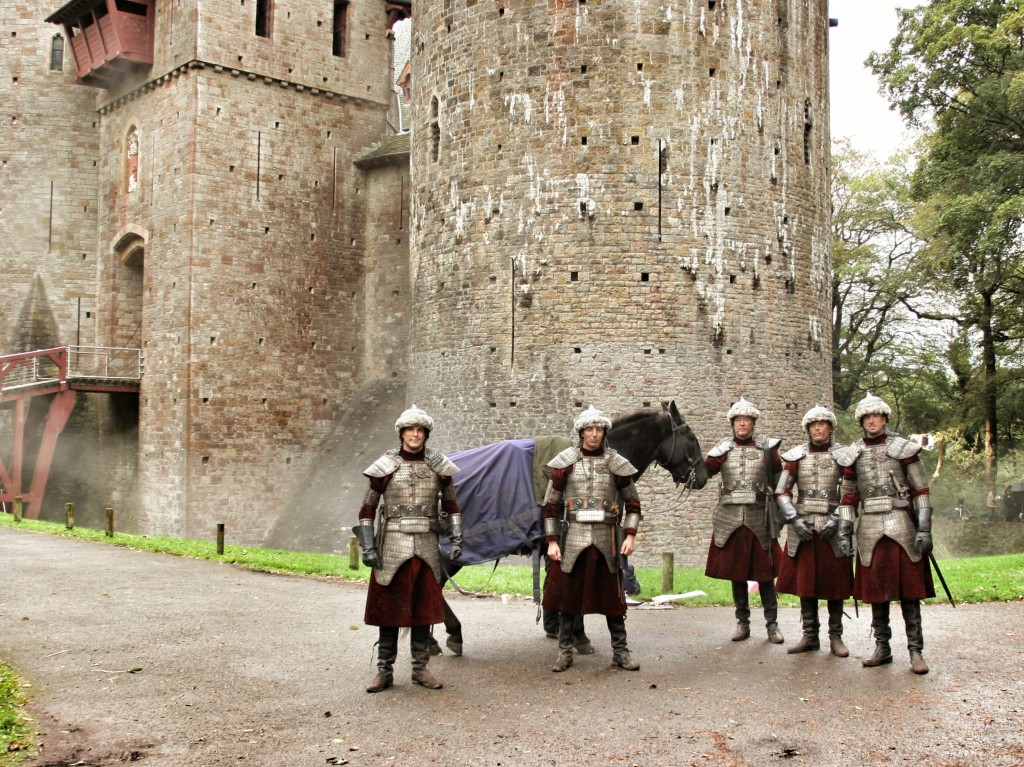 You may have noticed more location signs have been put up in the village recently. I took a stroll up to the castle this morning to investigate and found the film crew for “Da Vinci’s Demons” setting up.

Da Vinci’s Demons is a fantasy drama that tells the fictional story of Leonardo da Vinci’s early life. Filming for the third series has been taking place in South Wales this year. 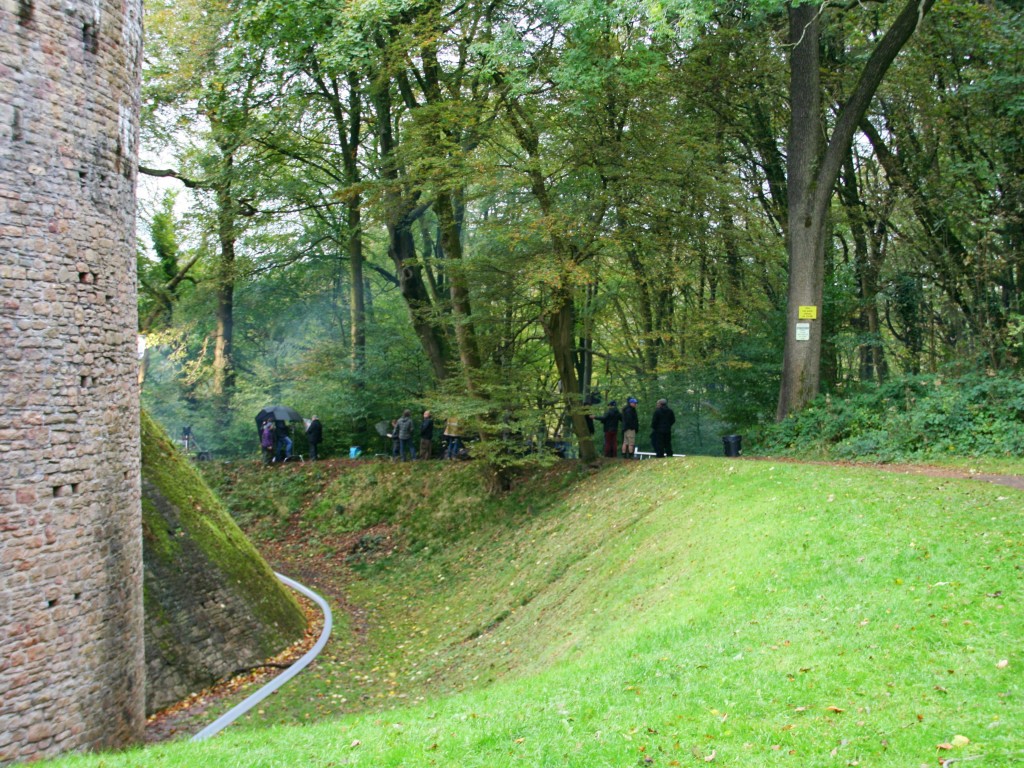 I spoke the Brian, the location manager, who explained they were rehearsing behind the castle for some important scenes. He kindly asked some of the actors to pose for me in their costumes. 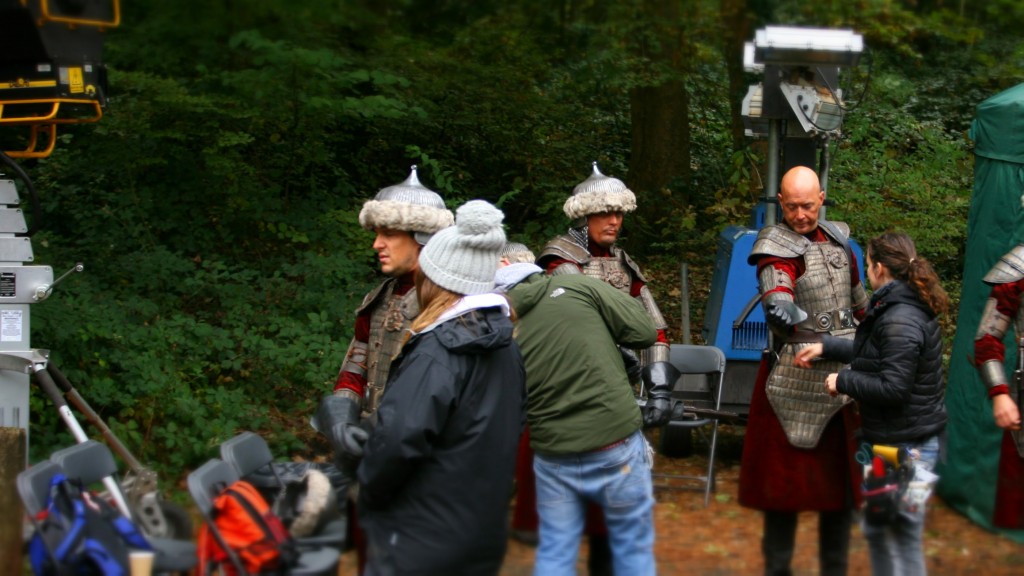 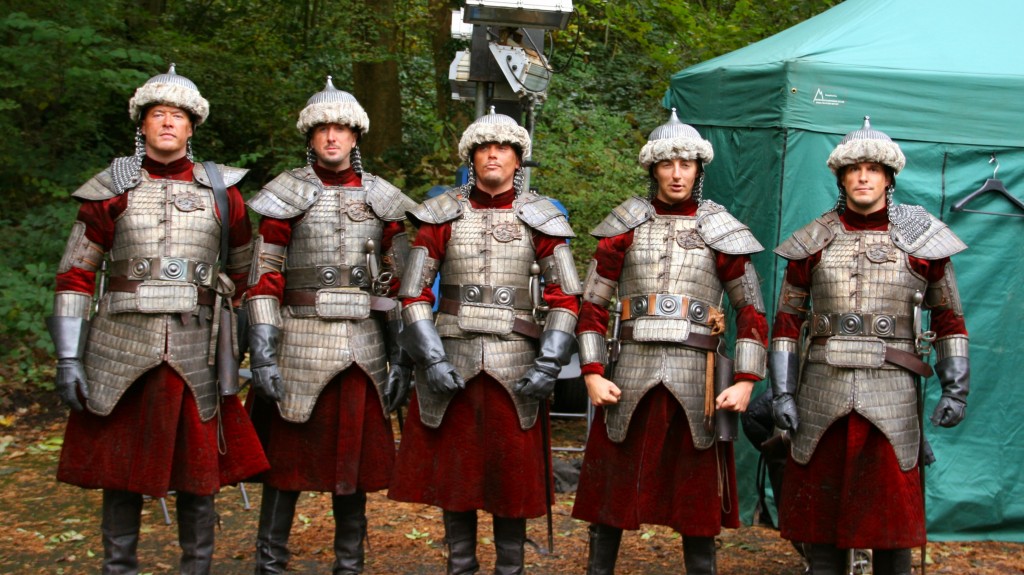 Fangirl Quest have some more great photos on their site from the first series at Castell Coch.