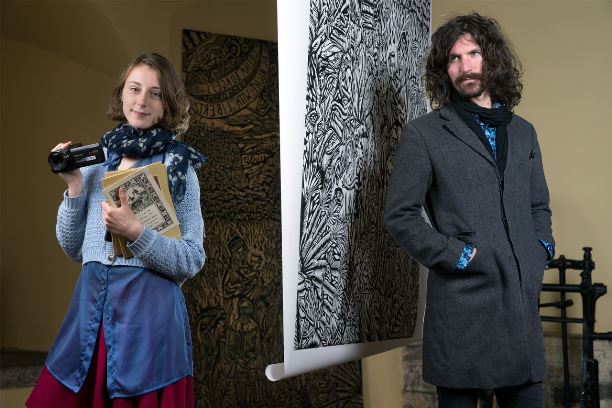 Cadw are hosting two artists in residence at Castell Coch, who are using the space to create work inspired by the castle, the area and the community.

We’ve been keeping in touch with them to find out what they’re working on.

Lauren has been exploring light and shadow, working with the local bat group and meeting local residents.

The dungeon of Castell Coch was designed so that this patch of eery light is seen. Artificial lighting has hidden it. pic.twitter.com/KMvrNYYekG

Cannot wait to hear what our installed bat detector has captured over the weekend!!! @Castell_Coch @cardiffbatgroup pic.twitter.com/TiBklDRB7T

You can view all of Lauren’s photos on her Flickr page.

John’s been hard at work creating this amazing woodcut.

You can see more of John’s work on his website.