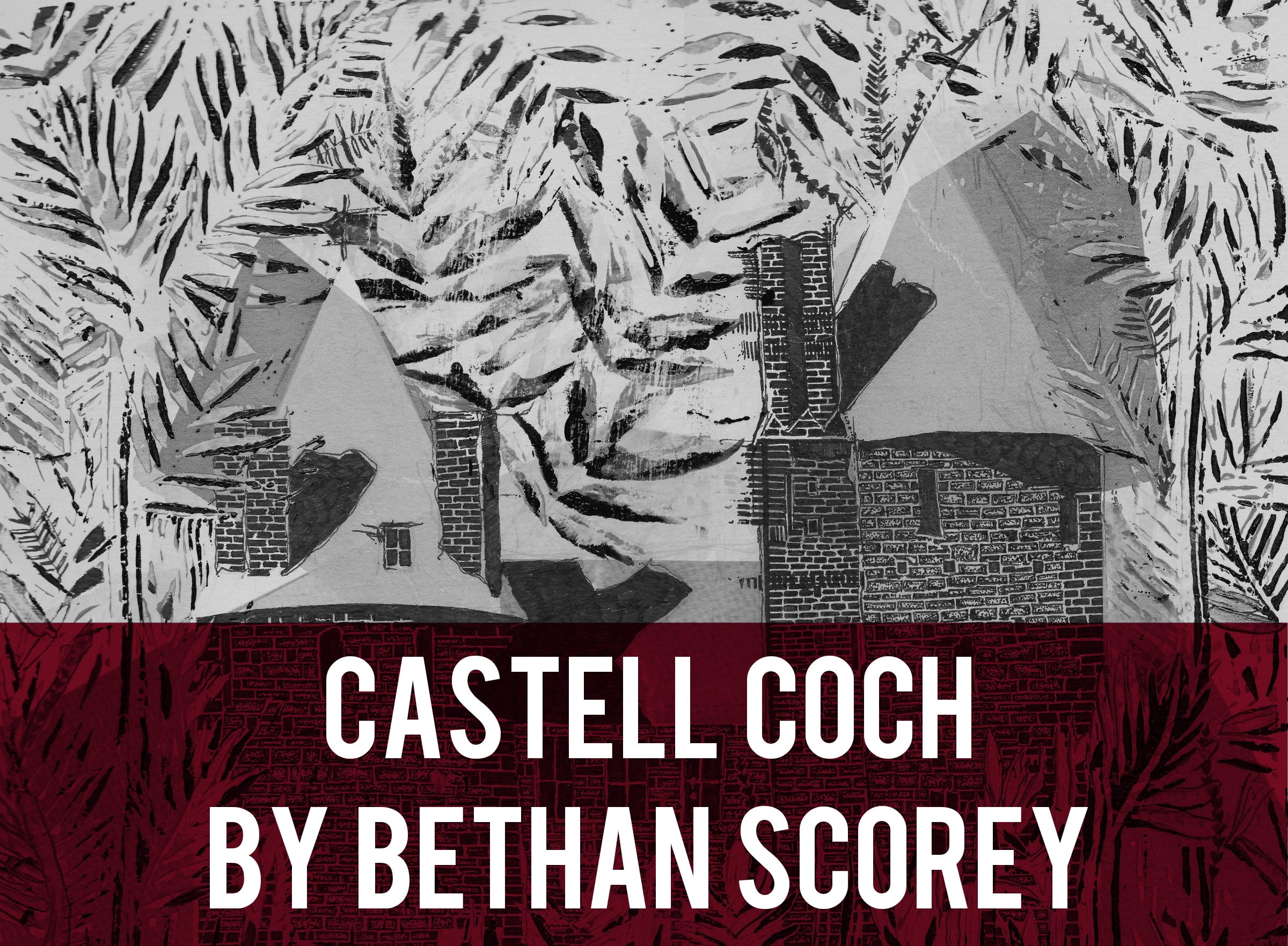 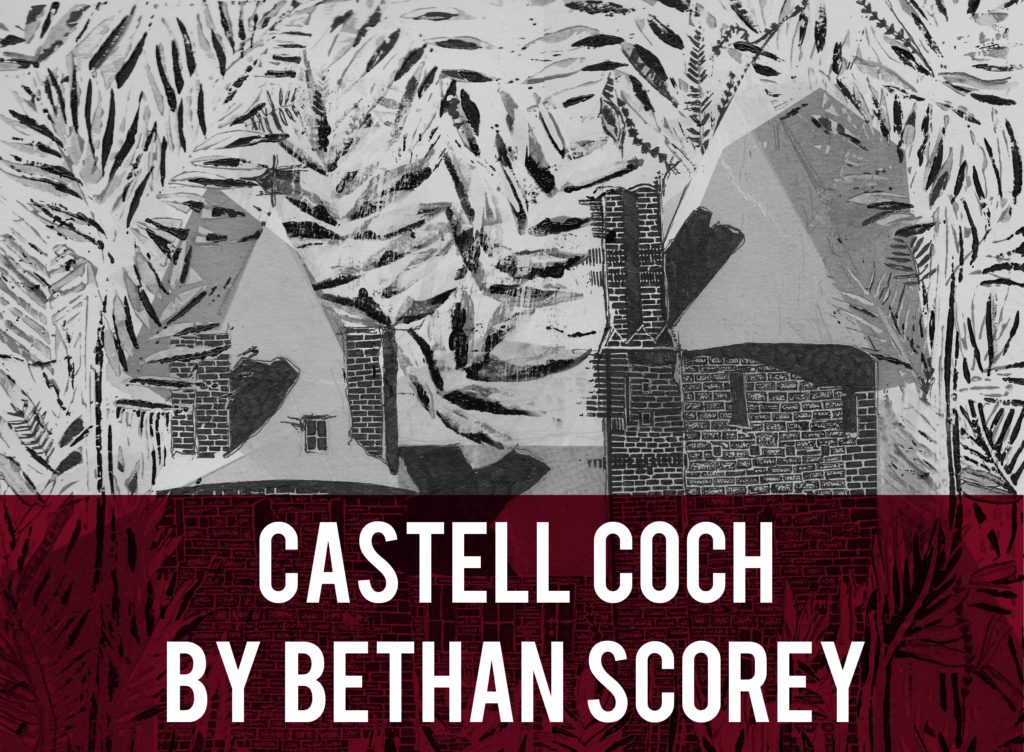 I recently came across a fantastic image of Castell Coch by Bethan Scorey. The artist tells me, in her own words, about the piece.

The image is a mixed media print; I started with a reduction lino print, then illustrated, then edited it digitally. I tend to work in layers, since I think it adds texture. My aim is to create a series of prints which showcase architectural landmarks and places of interest around Wales, and somewhere close to home felt like a good place to start. I graduated this year from Bath University with an architecture degree, and I am particularly interested in historical urban environments and vernacular architecture. At the moment I am undertaking a year long placement at an architecture firm in London which specialises in conservation and heritage. In the summers between each year of university, I worked as a museum assistant at St.Fagan’s museum in Cardiff, so I think that has spurred my interest in historic/traditional buildings and the dynamic between house and occupant.

I have developed a particular interest in the Welsh architectural identity, which I think is expressed through homes built by their inhabitants, using the local materials available and traditional building techniques to suit the occupants’ needs.

I have developed a particular interest in the Welsh architectural identity, which I think is expressed through homes built by their inhabitants, using the local materials available and traditional building techniques to suit the occupants’ needs as well as the geographical location and its climate; essentially “architecture without architects”. It’s such a shame that due to the abandonment of these traditional building techniques, as well as advances in technology, which allows us to design buildings remotely and import materials as we please, many examples of Welsh architecture are being tampered with or left in ruins and consigned to the past. The identity of Welsh architecture is becoming increasingly confused, especially in the cities where contemporary housing seems uniform and standardised.

It’s an excellent example of architecture custom designed to indulge its occupants’ needs and tastes.

I have always been interested in Castell Coch, because to me it encompasses these two themes; architecture that is custom built for its occupant and full of character, and the impact of the industrial revolution on the built environment. Ultimately, Lord Bute built it to counter the industrial character of the valleys below; one of many examples of newly wealthy iron and coal masters in South Wales who, rather ironically, chose to assert their position and wealth through romantic and medieval architecture. It’s an excellent example of architecture custom designed to indulge its occupants’ needs and tastes. Because it was essentially a holiday retreat it has a very informal layout and its inventive outward appearance boasts a combination of styles, which suggests that it was a very sentimental and gratifying process for both Burges and Bute.

You can see more of Bethan’s work on Instagram.