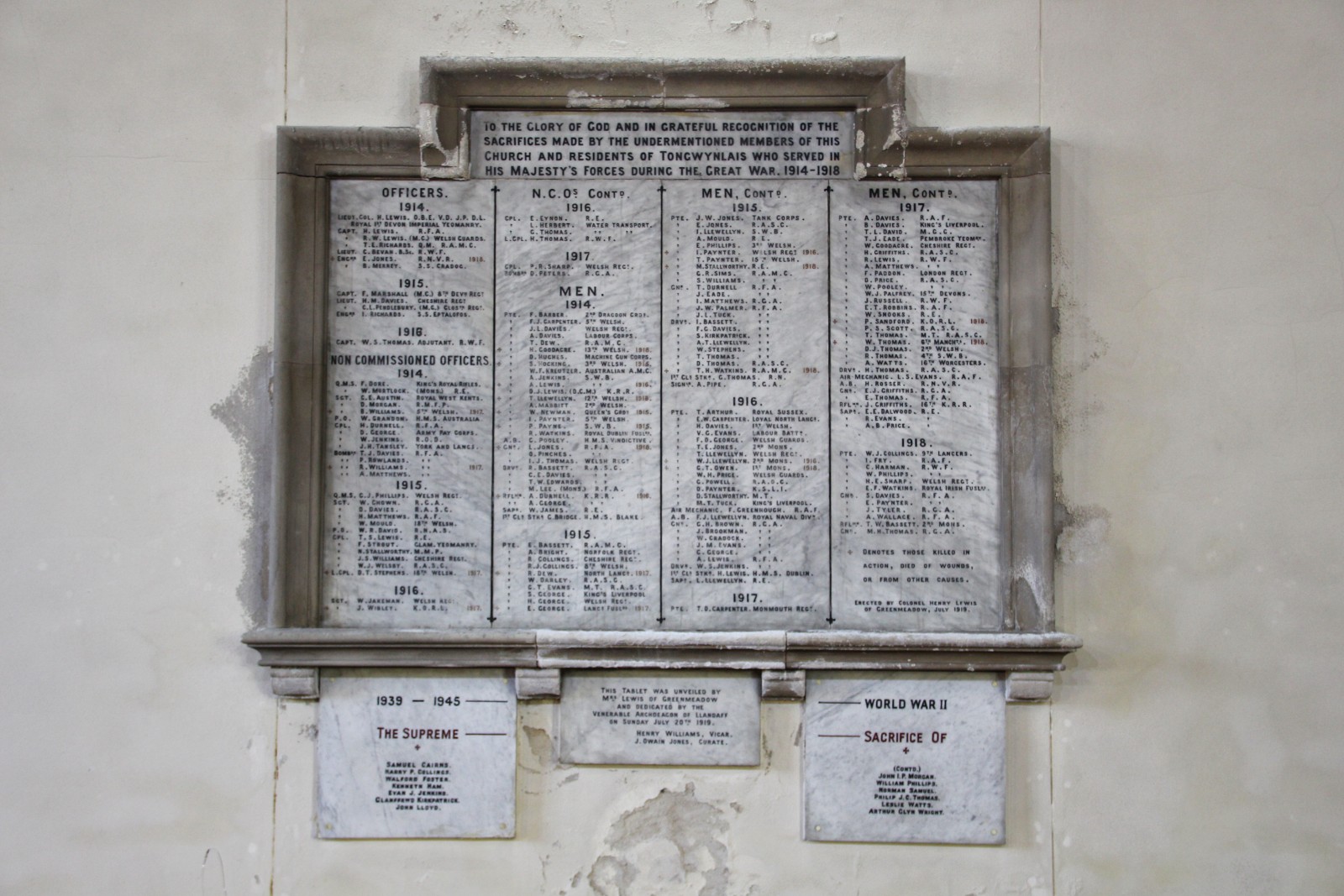 2018 marked the centenary of the 1st World War and the inter-war period saw the creation of many local memorials to those who served. I visited St Michael’s Church to take a look at the tribute, which was presented to the community just over 100 years ago.

The memorial tablet was unveiled by Mrs Lewis of Greenmeadow on Sunday July 20th 1919. It was dedicated by the Archdeacon of Llandaff, James Buckley. The service was given by Henry Williams, the Vicar of Whitchurch and he was assisted by his curate, J. Owain Jones.

Imperial War Museums (IWM) has a register of memorials where you can search for names.

There’s another memorial in Tongwynlais Primary School that was unveiled on 1st march 1928 to commemorate the “old boys of Tongwynlais schools”.

I’d love to know if anyone has done any research on this topic or if the IWM register has helped you trace your relatives.

Thank you to Rev. King and Sian from the Mothers’ Union who helped me get photos for this article.