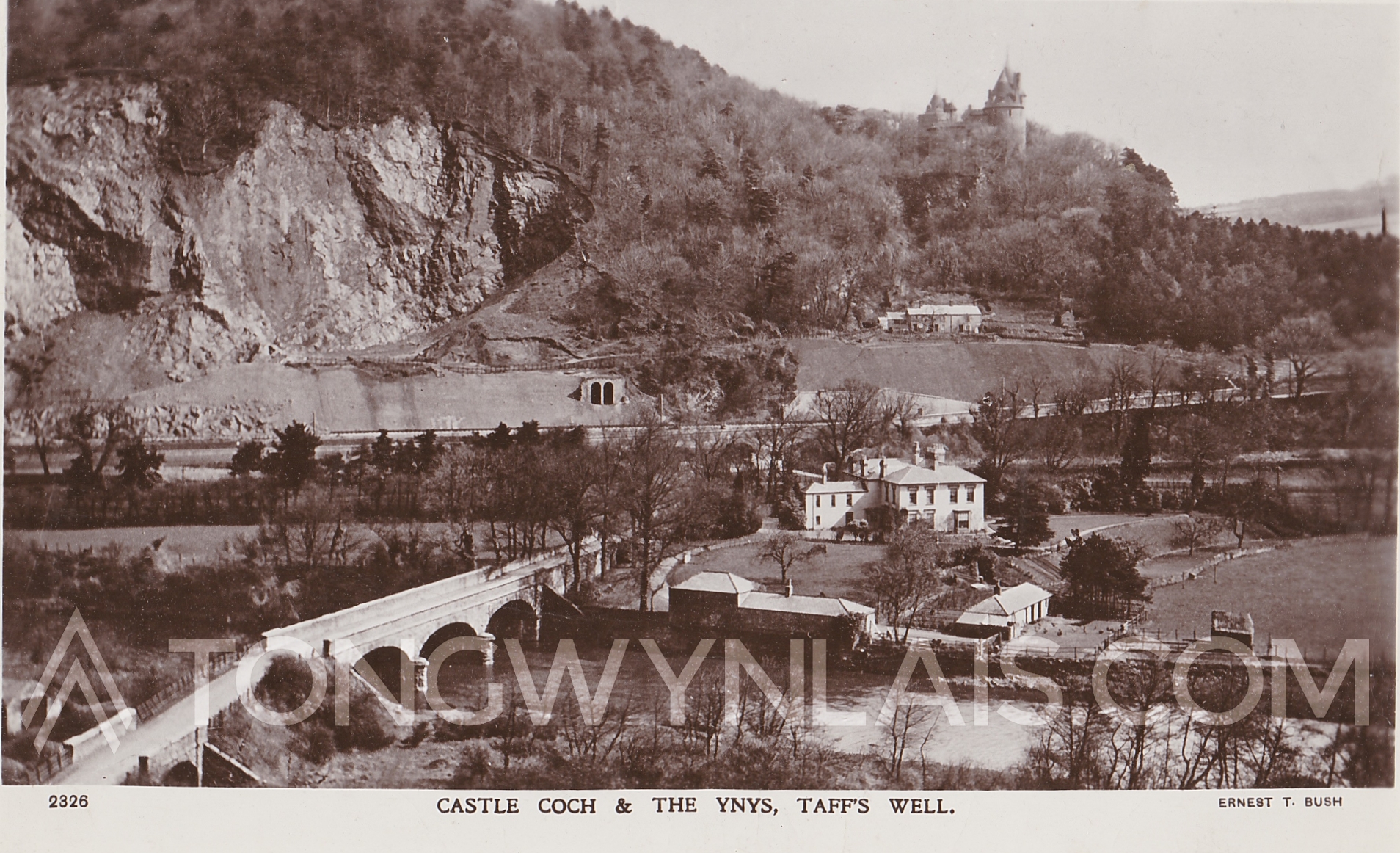 I have a few postcards produced by Ernest T Bush but don’t know much about the man or his collection. After purchasing some postcards at a local sale, the dealer mentioned that the gentleman opposite was a keen collector of Bush postcards and that he’d produced a series of books.

I introduced myself to Derek Warry and asked him if he knew anything about the postcard I’d just purchased. Derek instantly recognised the image and said it was probably from the mid to late 1910s. We talked about his collection for a while and he recommended that I try to find a copy of “South Wales from the Bush Collection – Vol 1”.

I managed to get hold of his book and it’s a treasure trove of images from South Wales. There’s a useful list of photographs from the collection with their plate numbers. This index has helped me take a good guess at the age of the postcard below.

This photo of Ynys Bridge with Castell Coch in the distance shows the old cottages that are no longer there.

The next photo in the series, a fantastic shot of the Walnut Tree Viaduct, is thought to be from 1908 so it’s fair to say this image is from around the same time.

There’s no message on the reverse of the postcard, but you can see that it was purchased from W H James, Stationer & Newsagent, Taff’s Well.

1 thought on “Postcards from Tongwynlais – Part 6”