“Reflections of Tongwynlais” by Kevin Williams 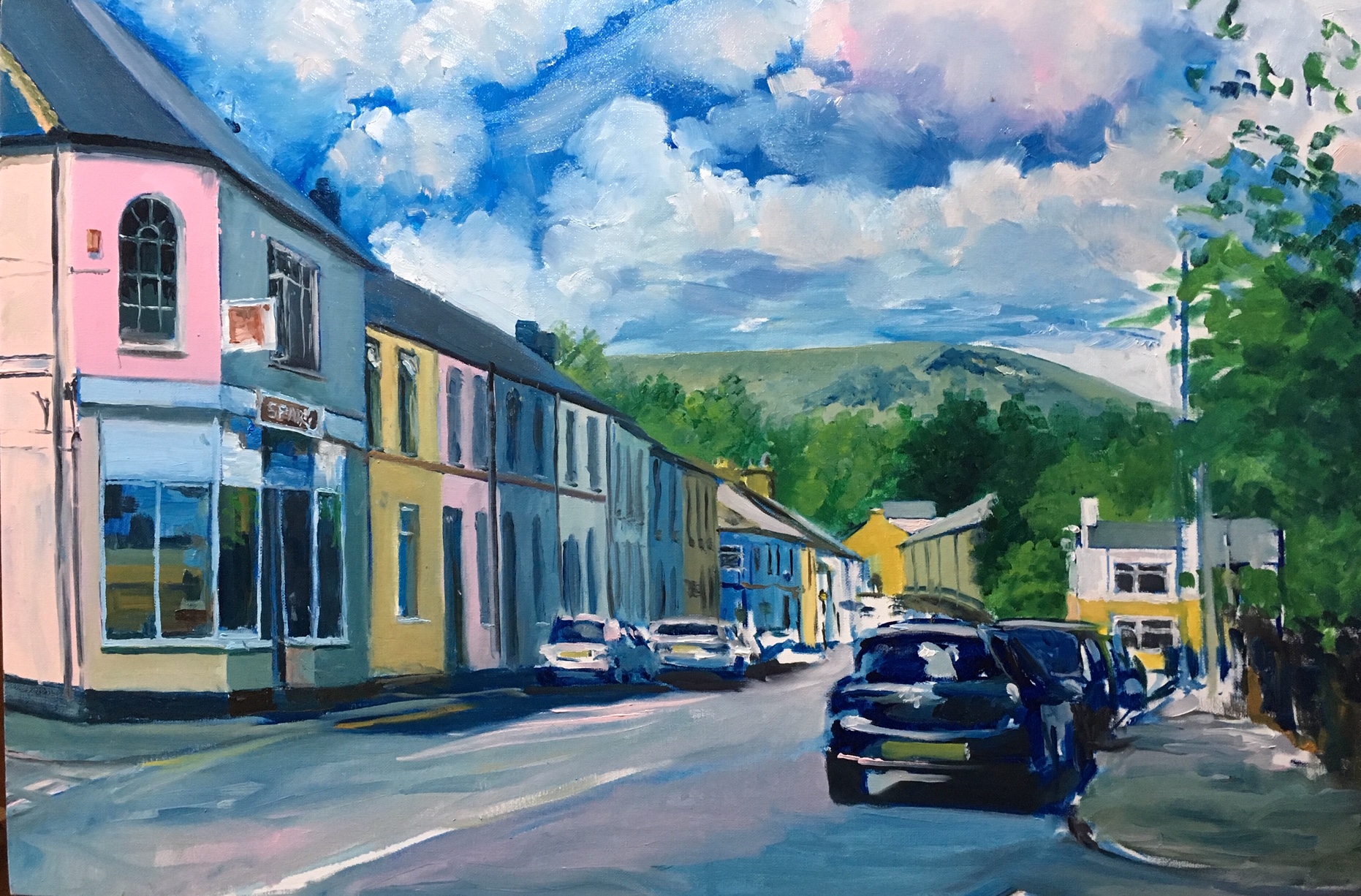 Kevin Williams is holding his “Reflections of Tongwynlais” art exhibition at the Bethesda Chapel in Tongwynlais for this year’s Whitchurch and Tongwynlais Festival.

The exhibition is Kevin’s second “Village Project“, in which the Taff’s Well born artist produces paintings and drawings of scenes in and around the village. He collaborates with local schools and the children’s work is displayed at the event. Kevin has been working with the pupils of Tongwynlais Primary School with the aim of creating pieces representing the local area through their eyes. Kevin says the effect on the children has been incredibly positive. He added, “Working with the children has been a joy and a privilege. It’s so inspirational to witness how they concentrate their thoughts to produce their own interpretations of their surroundings”.

“Working with the children has been a joy and a privilege. It’s so inspirational to witness how they concentrate their thoughts to produce their own interpretations of their surroundings”.

Kevin started his own creative works as a student at Radyr Comprehensive School, inspired by his Taff Vale surroundings. He was spoilt for choice with the Taff Gorge, Walnut Tree Viaduct, eleven railway track arteries that ran through the village, old mines and collieries, Graig Yr Allt, Coed y Bedw, Fforest Fawr, the Glamorganshire Canal, River Taff and the imposing Garth Mountain all providing inspiration.

His decision to follow his artistic inclinations led him to undertake a foundation course in art at Birmingham Art College in 1979, before moving on to the West Midlands College of Higher Education in Walsall where he completed a BA Degree in Visual Communications. Although rising through the ranks, studying and employing photography and graphic design on another career course, he still managed to produce commissioned fine art in his spare time. This led to his first solo exhibition at the Watershed Gallery, Bristol and to critical acclaim. He eventually became responsible for overseeing the Print & Design Department of Walsall Metropolitan Borough Council where he admits, “Along the way, I somewhere lost touch with my own artistic impetus and became institutionalised”.

After working in local government for 20 years, he decided to leave his senior position to start up his own company providing design, illustration, photography and video services. This gave him the freedom to move closer to his roots and where he developed his fine art skills and was inducted into the Wolverhampton Society of Artists. With the calling growing stronger, he finally took the decision to become a full time artist in 2018. His first exhibition was the incredibly successful “Both Sides of the River“, held at Fagins in Taff’s Well. The show featured scenes from Taff’s Well and neighbouring Gwaelod y Garth using oils, watercolours, pencil and graphite.

After the first Village Project Kevin was keen to do another, although it was a tight deadline. He explained, “This was a tough call when contacted to see if we could arrange a pop-up art exhibition for the festival. I’m still working on commissioned pieces that were ordered at the Taff’s Well exhibition but the opportunity to follow on the project was too good to miss so it’s a case of burning candles at both ends for me in order to produce enough work depicting Tongwynlais”.

Kevin’s work can be seen on permanent display in the back room of Fagins in Taff’s Well. If you would like to visit the Tongwynlais exhibition, the opening times are: