To Weston on the Waverley 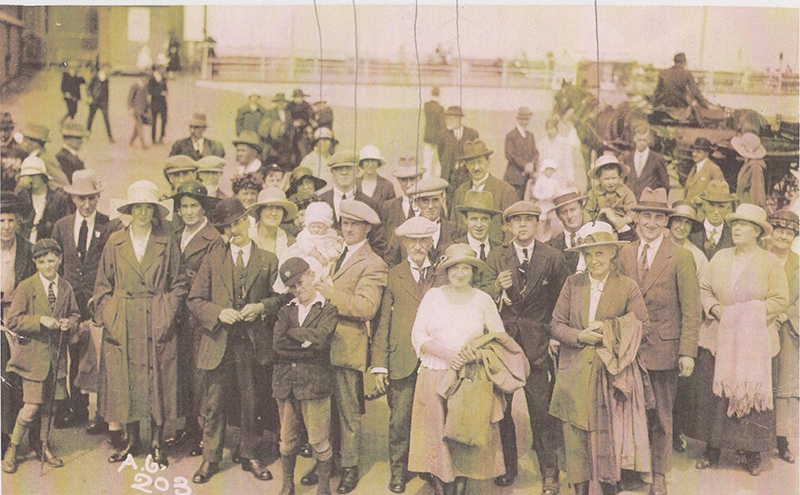 Reader John Summerfield got in touch to share this photo of a group enjoying a trip to Weston-Super-Mare on the Waverley paddle steamer. John believes most of the group were from Tongwynlais or nearby and that the photo was taken around 1919.

The Waverley was a paddle steamer that cruised the Bristol Channel. It looks like the Waverley was stationed permanently in 1888 and eventually scrapped in 1921. Like many paddle steamers, it was requisitioned by the Navy for use in World War I and released in May 1919.

Do you recognise anyone in this group?

History page
History articles
Postcards from Tongwynlais
In the News